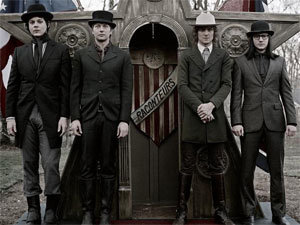 After 11 years, The Raconteurs are back with their new album Help Me Stranger. Its packed with the same crunchy rock and roll the band was built on. Host Talia Schlanger joins members of the band, Jack White (of the White Stripes) and Brendan Benson, to talk about the new project. They share stories about their long-standing friendship and mutual admiration. Later, they discuss Jack’s relationship to the media and Brendan’s sobriety. All this, plus performances from Help Me Stranger, on the next World Cafe.