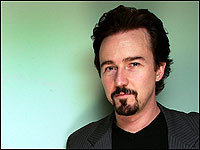 When Edward Norton read Jonathan Lethem’s novel, Motherless Brooklyn, he knew he wanted to play the lead role of Lionel, a detective with Tourette Syndrome. But in order to adapt it for the big screen, he had to write, produce, and direct the film. He joins host Stephen Kallao today to share why the project was so important to him, and Norton talks about the film’s jazzy musical backdrop. Songs from Wynton Marsalis, Radiohead’s Thom Yorke, and a pulpy score from Daniel Pemberton, all help set a noir scene in 1950s New York. We’ll listen to some of the music and discuss with Edward Norton today. On the next World Cafe.