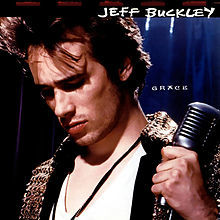 Today is the 25th anniversary of Jeff Buckley’s only studio album, Grace. The singular artist’s life and career were cut short when he tragically drowned at age 30, but his one record is a masterpiece. We’ll revisit live performances from his visit to the World Cafe in 1994. And we’ll hear two very rare Jeff Buckley tracks that are being released officially in the U.S. for the very first time in a special legacy collection. Host Talia Schlanger celebrates the anniversary of Grace, on the next World Cafe.