Mwenso & The Shakes Perform Off Their Debut Album, Emergence on World Cafe – Monday at 2pm 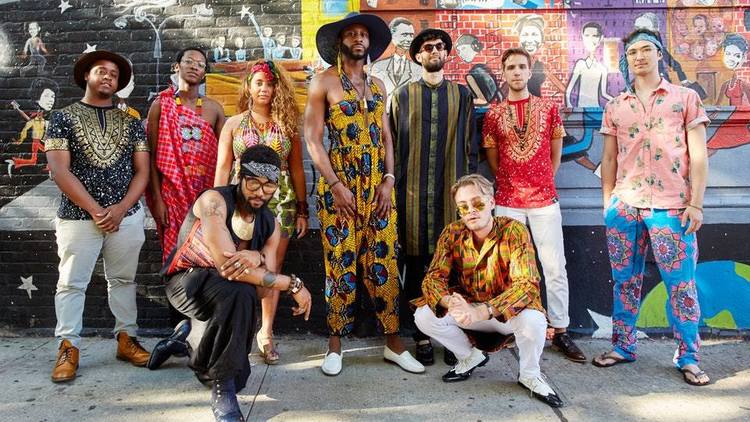 Mwenso & The Shakes make an energetic blend of jazz and R&B, led by the mesmerizing frontman, Michael Mwenso. Originally born in Sierra Leone, Michael grew up in Nigeria, Ghana, and England. He joins host Stephen Kallao to talk about two experiences that shaped him as a kid: being separated from his mom when she was deported from their adopted home of London, and also meeting his idol, James Brown, who took him under his wing. Plus, we’ll hear a live performance from Mwenso & The Shakes’ debut album, Emergence on the next World Cafe.

(Photo: Mwenso & The Shakes – Courtesy of the artist/via NPR)