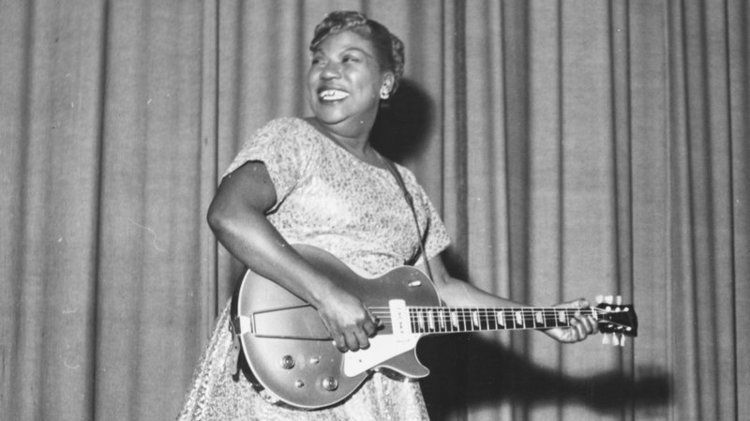 This year’s theme for NPR Music’s Turning the Tables series is the 8 foundational mothers of modern music. Including Maybelle Carter, Billie Holdiay, Bessie Smith, Marian Anderson, Ella Fitzgerald, Mary Lou Williams, Celia Cruz, and today’s focus – Sister Rosetta Tharpe. She laid the foundation for modern rock and roll, and her guitar playing and singing directly influenced many of the men like Elvis Presley who are credited as some of the originators of rock and roll. Sister Rosette Tharpe joins host Talia Schlanger for a look into her life and career. On this encore edition of World Cafe.