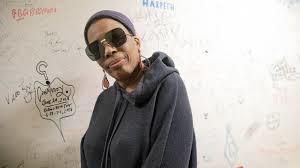 Macy Gray was a single mother of three when she got the big break that led to her 1999 debut album, which featured the song “I Try”. In the 20 years since, she has consistently grown and reinvented herself through music. Macy performs songs from her funkadelic 2019 album Ruby. In the second hour, David Crosby shares stories about The Byrds, Crosby Stills & Nash, Miles Davis, Jackson Browne and his relationship with Joni Mitchell.