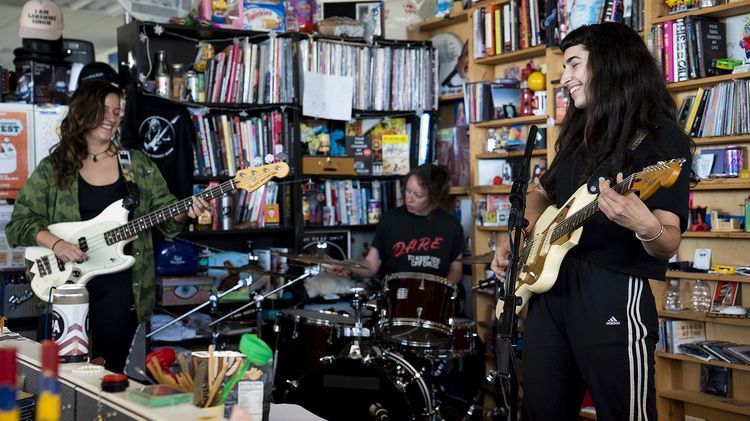 Camp Cope is a 3-piece rock band from Australia, and they’re also fearless activists. They’ve called out sexism in the music industry and led campaigns to make music festivals safer and more inclusive. Today, the trio plays a live set in the studio, including a song called “The Face of God,” which deals with sexual assault in a direct way. We’ll hear more about that track, plus some stories from the road. On the next World Cafe, with host Talia Schlanger.