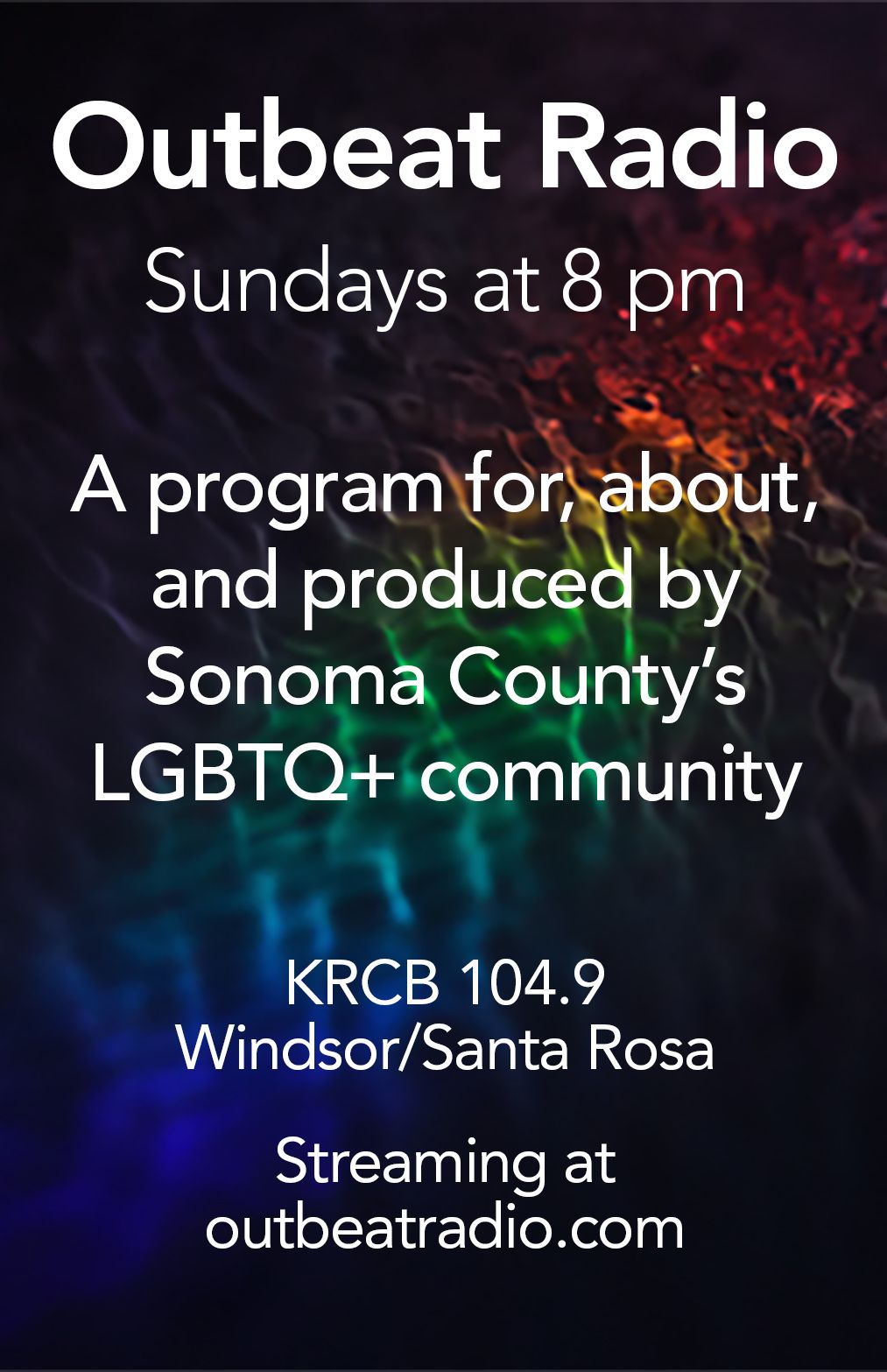 Living Proof opens a small window for a look into the personal lives of LGBTQ community members. The show is hosted by married couple Sheridan Gold and Dr. Dianna Grayer. Guests discuss their lives with romantic partners, children, parents, or friends, and how they've overcome obstacles while negotiating the world. Living Proof airs the first Sunday of every month at 8PM.

Outbeat Music with host Cheryl Kabanuck features original music, live performances, and interviews with lesbian, gay, bisexual, and transgender (LGBT) musical artists in the Bay Area and beyond. Outbeat Music airs on the 2nd Sunday of each month at 8PM.

Outbeat Collage - Out in the Arts features interviews and performances by lesbian, gay, bisexual, and transgender (LGBT) artists with a focus on those who reside in Northern California. Local theatre productions, special events, gallery shows, concerts, and other creative happenings are also discussed. The show is hosted by Gary Carnivele and airs the 3rd Sunday of each month at 8PM.

Outbeat News In Depth offers a detailed look at some of the stories that are of importance to the lesbian, gay, bisexual, and transgender (LGBT) community. The show is hosted by and produced by Greg Miraglia. Greg and his guests discuss issues, politics, local non-profits, and much more. Outbeat News In Depth airs on the 4th Sunday of each month at 8PM.

To learn more about Outbeat Radio and to listen to past shows go to: outbeatradio.com.