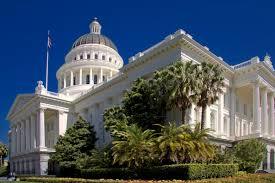 California Insurance companies were reminded by the State that they cannot discriminate against transgender men based on age and that even those under 18 are entitled to support for medically recommended reconstruction surgeries.

Two new controversial laws went into effect this January 1st here in California. One requires state prison officials to honor the gender identity, pronouns, and names of transgender inmates and to house them at a facility that matches their gender identity. The other protects California LGBTQ youth from being unfairly placed on the state’s sex offender registry.