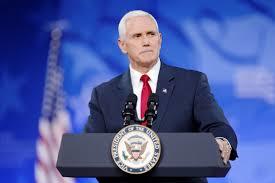 Vice President Mike Pence praised President Trump’s decision to allow adoption agencies to discriminate against LGBTQ couples in the name of religious freedom while more than 100,000 children wait to be adopted.

In Tennessee, the state legislature passed a bill similar in content that makes it legal to deny same-sex parents adoption again in the name of religious freedom.  That state’s governor has pledged to sign the bill into law.

And 44 federal legislators sign a letter to homeland security and ice officials demanding that transgender immigrants being held in ice detention facilities be released.

Outbeat News can be heard Sunday nights at 7 pm during Outbeat Radio on KRCB FM Radio 91.