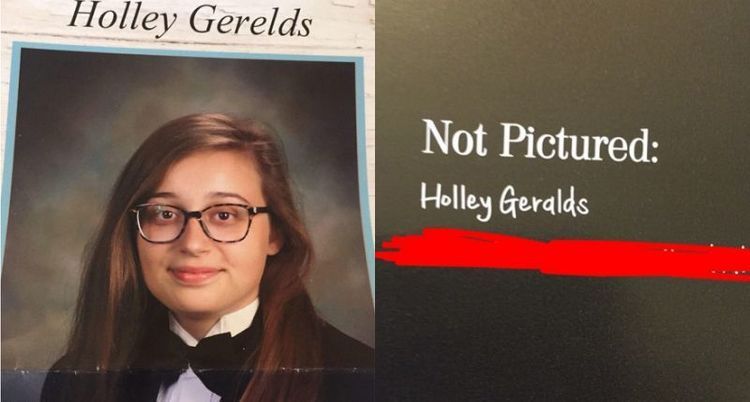 In Alabama, a high school student who has dressed in masculine clothing most of her high school life was intentionally left out of the yearbook because she wore a tux for the photo.

This week, the documentary ward 5B at San Francisco General debuts on all streaming services.

Outbeat News can be heard Sunday nights at 8pm as part of Outbeat Radio on KRCB FM Radio 91.

(Photo: Holley Gerelds’ high school excluded her senior portrait from the yearbook because she wore a tux - Courtesy of Holley Geralds)