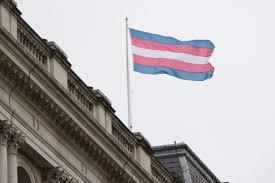 A new and tragic record has been set this year for the number of transgender people murdered in the United States.  Transgender women of color continue to be the people most at risk of violence.

A new study of Intersex individuals shows a high level of anxiety and depression experienced by those who are intersex and a lack of long-term mental and physical heath support available to this community.

The City of West Hollywood, CA is set to become the first to name an official City Drag Laureate, an idea that came from San Francisco, but that yet to be acted upon.

Outbeat News is a service of North Bay Public Media and can be heard Sunday nights at 8:00 pm as part of Outbeat Radio on KRCB FM Radio 91.