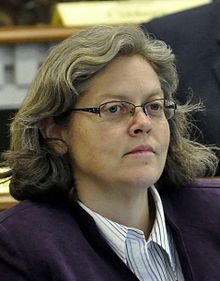 Ohio Senator Candice Keller is in hot water again after blaming the recent mass shooting in Dayton on, among other things, gay marriage.

In Washington State, Representative Laurie Jenkins is preparing to be sworn in as speaker of the house.  She is the first woman and first out lesbian to serve in that role.

Locally, the Oakland LGBT Center received a $100,000 grant from the City of Oakland to support LGBTQ programming.

Outbeat News can be heard Sunday nights at 8:00 pm a part of Outbeat Radio, exclusively on KRCB FM Radio 91.