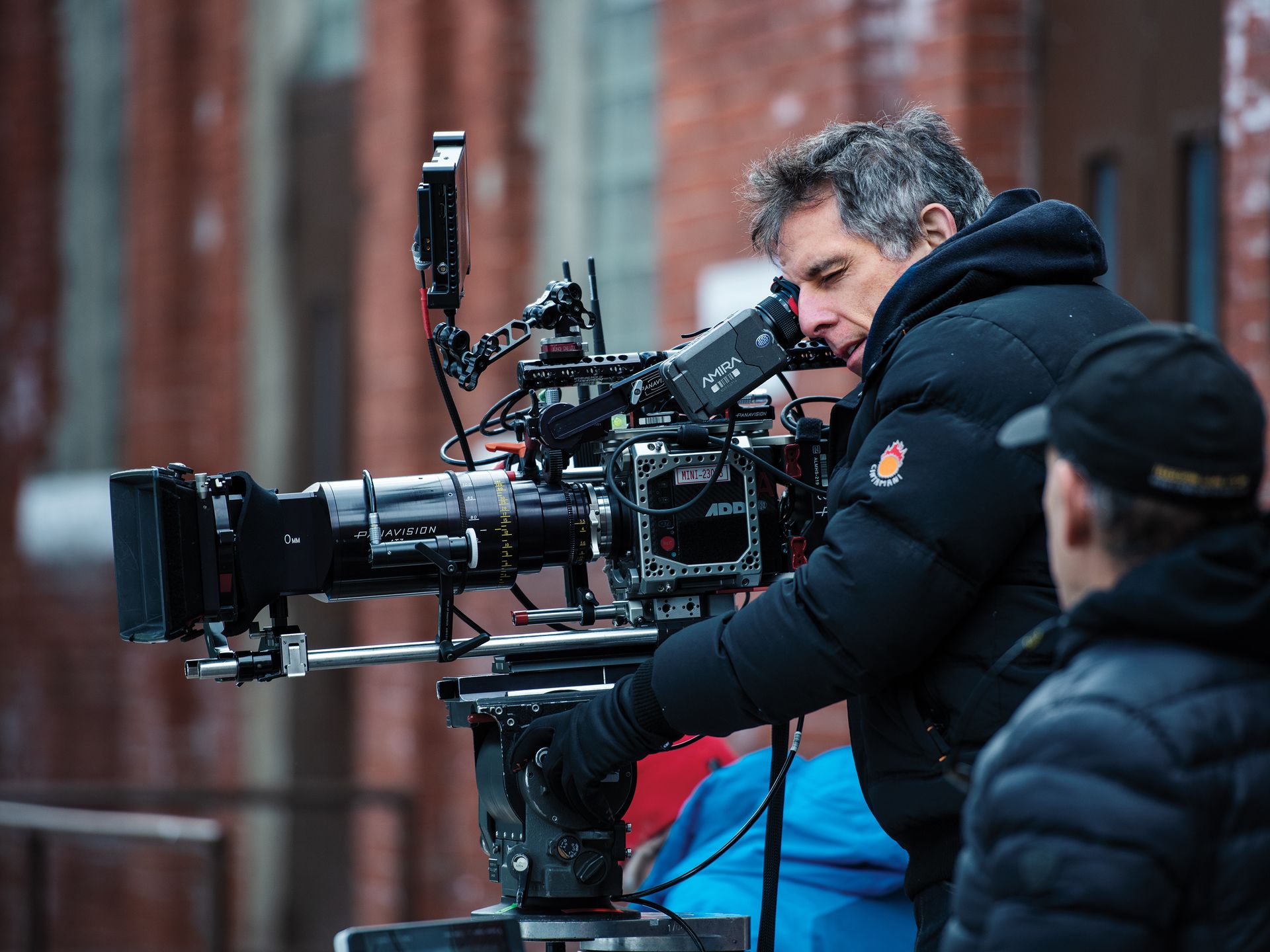 Stiller explores the nuts and bolts of the escape — which involved sledge hammering through brick walls and cutting into and shimmying through an 18-inch steam pipe — in his seven-part Showtime series Escape at Dannemora. The series also dives into the complicated relationship between Matt and Sweat (played by Benicio del Toro and Paul Dano) and Joyce "Tilly" Mitchell (Patricia Arquette), the civilian prison worker who enabled their escape.

In the series, Stiller shows Mitchell exchanging sexual favors with both Matt and Sweat prior to the escape. Mitchell and Sweat maintain that their relationship was not sexual, but research and interviews with David Sweat made Stiller feel that it was a relationship "beyond the bounds" of what they claimed. And Stiller chose to dramatize it: "I wouldn't have put that in there if I didn't feel that that was closer to the truth," he says.

Stiller says that shooting on location at the Clinton Correctional Facility in Dannemora, N.Y., from which Matt and Sweat had escaped, helped him tell the story.

"For me, going into that prison and spending a very little amount of time in that prison, the first thing I thought about was getting out," he says. "It doesn't shock me that anybody in there would want to get out — even if you knew that the odds were against you."

On shooting at the Clinton Correctional Facility in Dannemora

The first trip that we took in there we got ushered into a permanent trailer ... and a bunch of people who were administrators at the prison gave us a talk and told us what we were going to be doing and the tour we're gonna be taking. And basically said, "This is a dangerous environment," and they were going to do everything they could to keep us safe and keep things as low-key as possible. But the reality is you're in a prison, and so you don't know what could happen. ...

About 12 of us from the crew, we all kind of jammed into [a] little office while they let the inmates go out for lunch ... and that was a really strange experience, because here we were all jammed at this little office and then the inmates were looking at us [and] we were looking at them. ... I'm sure they had their thoughts about, "What are these visitors up to?" And then you just see that the reality of life for these people, which is very regimented and obviously they're all there for a reason, but ... in terms of the human condition of it, it's pretty heavy.

On interviewing David Sweat, who was captured and returned to prison on June 28, 2015

I wanted to meet with him, mainly because I'd spent so much time on the research. I wrote a letter to him, and then the Department of Corrections, when they decided to start helping us, offered us access to go meet with him if he agreed to meet. So I just wanted to sit across from him and see what he had to say about the escape, especially. I mean the details of the escape are really the most interesting thing to me about talking to him and why I wanted to talk to him. ...

My experience with him was that he was very affable and he had a sense of not really wanting to boast about [the escape] in a way that seemed like he had accomplished something that was good. I think he really made it clear that he knew that he had done something wrong, and didn't want to seem that he was kind of proud of it. At the same time, he offered up all the details that I could ask for and was really specific.

I had to kind of go off my own subjective feeling about what was important to see about what [Sweat and Matt] did. It came down more as we were editing it, got less and less [graphic] in terms of what we saw. But it's very brutal, and I mean the intention behind it was hopefully, as an audience, you are jarred because ... you've developed this sort of impression of who these guys are based on who they've been for the last five hours of the series ... just guys in prison trying to get out, which is what your experience would be of them if you met him the way I met David Sweat, as a guy just sitting there across me. But the reality is that they did these brutal crimes, so that's why I felt it was important to have it be shocking and brutal, as a viewer after sort of being lulled into the reality of who they were now.

Lauren Krenzel and Seth Kelley produced and edited this interview for broadcast. Bridget Bentz, Molly Seavy-Nesper and Beth Novey adapted it for the Web.