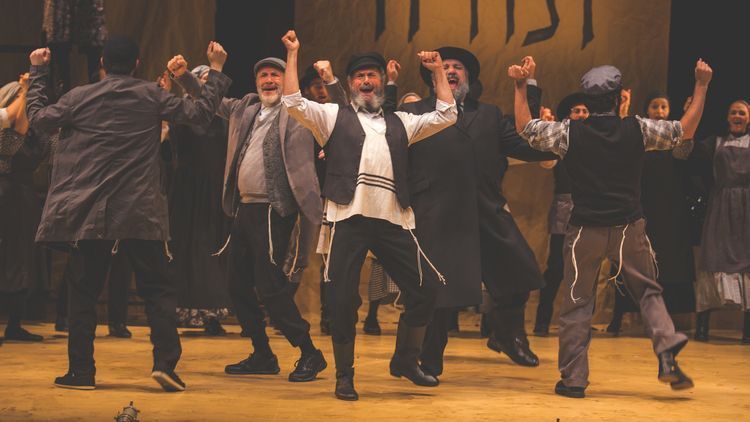 On the next Fresh Air, a new Yiddish language production of Fiddler on the Roof is currently in New York. Terry talks with Steven Skybell who plays Tevye, and with Joel Grey who directs the show, about the production, the dimension Yiddish brings to it, and why the play resonates so much today.  Join us.

(Photo: Steven Skybell leads the cast of a Yiddish version of Fiddler on the Roof which has been playing to sold-out audiences since its U.S. premiere in July - Victor Nechay/ProperPix/via NPR)