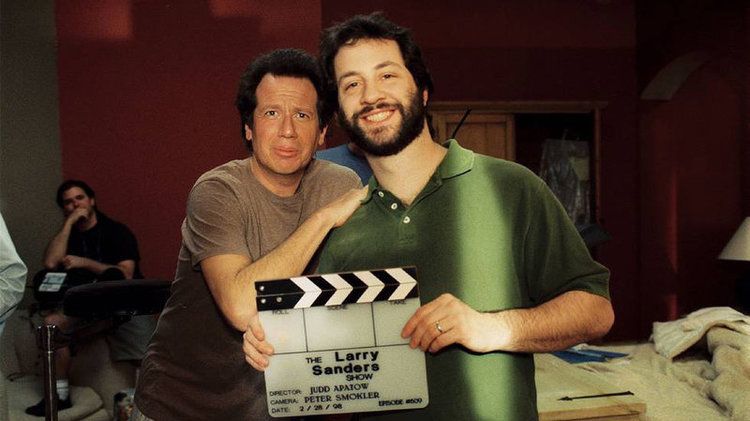 On the next Fresh Air, a talk about the late comedian Garry Shandling with his friend Judd Apatow. He's edited a new book about the comic. The book includes photos, scripts, stand up material and journal entries that reveal the insecurities and emotional suffering Shandling turned into comedy.   Join us.

(Photo: Garry Shandling and Judd Apatow on the set of The Larry Sanders Show – HBO/via NPR)