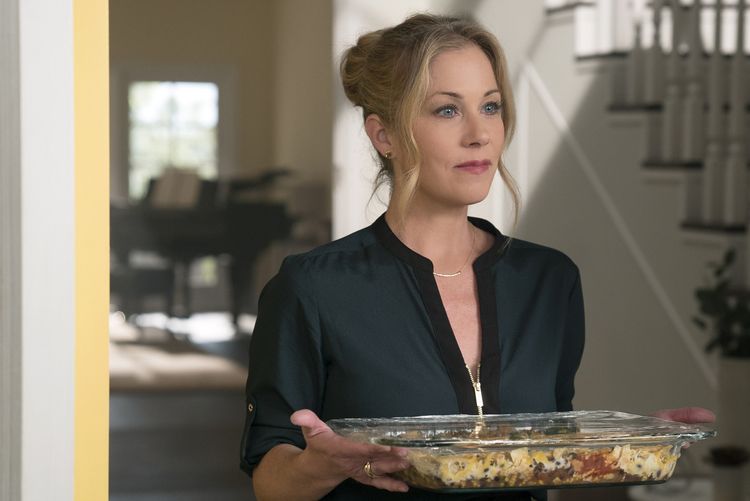 On the next Fresh Air, our Emmy week continues with two nominees in the category Best Lead Actress in a Comedy Series: Christine Applegate who stars in Dead to Me, and Natasha Lyonne who co-created, and stars in the series Russian Doll. Lyonne has a second nomination for her writing on Russian Doll.  Join us.

(Photo: Christina Applegate plays Jen, a real estate agent and mother of two, dealing with the sudden death of her husband in the Netflix series Dead To Me - Saeed Adyan/Netflix/via NPR)