Viking's Choice: What I Learned From Aquarius Records, A Record Store For Big Ears 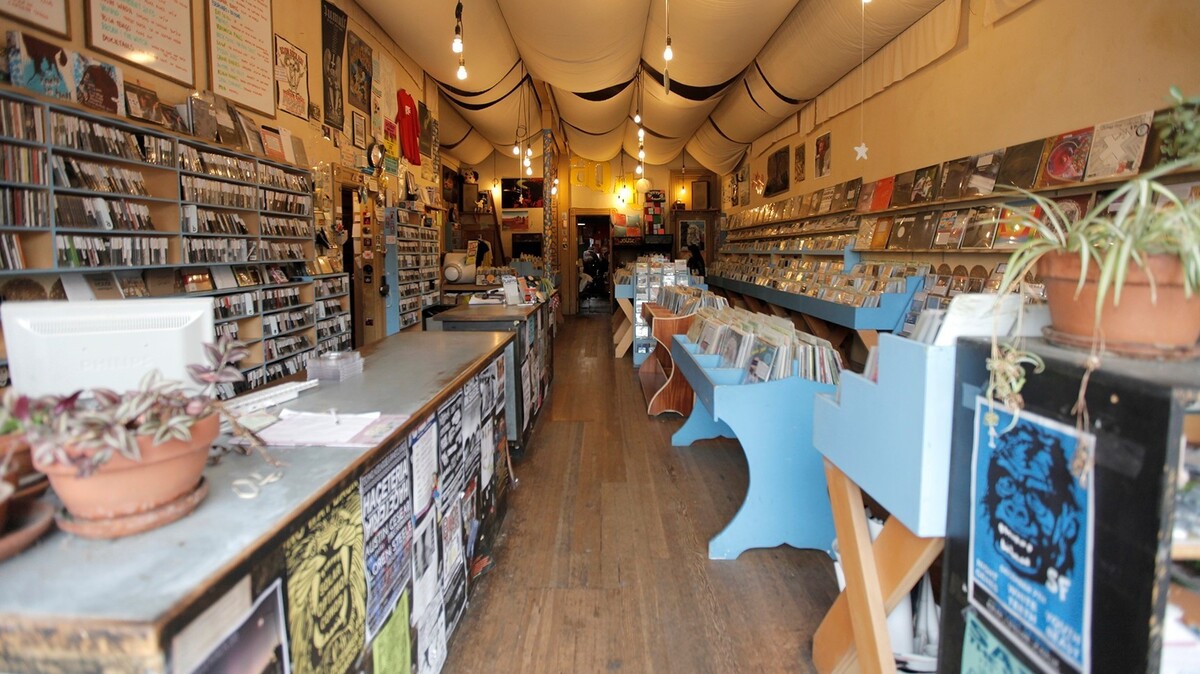 San Francisco's Aquarius Records wrote over 500 New Arrivals lists from 1995 until the store closed in 2016.

Updated Sept. 17, 2019: This is weekly, updated playlist. So if you missed one, especially a themed playlist, just hit me up on Twitter and I'll hook it up.

On Saturday mornings, while roommates waited for coffee to drip or toast to burn, I'd take a cup of tea up to my room with a bowl of cereal, put on a record and open my email.

"Beloved Customers and Friends," every newsletter began. In each New Arrivals list, there'd be some shop news — upcoming in-store performances, computer drama, new hires sporting handsome mustaches — and then Aquarius Records would name its Record of the Week: Charanjit Singh's revelatory raga-disco from 1983, Aluk Todolo's tranced-out occult rock, Philip Jeck's ambient turntablism, a stylish compilation of decades-spanning Thai pop music, feedback-worshiping drone, gamelan music played by elephants (!) — there was no guiding principle to this coveted spotlight, only that the record had to flip the staff's collective lid.

From 1970 until its closure in 2016, San Francisco's Aquarius Records (often shortened to aQ) not only became an authority on psychedelic, metal and experimental music, but also a home for wayward record collectors with the biggest, weirdest ears in the world. Even across the country, I found community by discussing the latest weirdo jams found on the New Arrivals list with friends. Each record, cassette, magazine or artist-burned CD-R was reviewed with equal parts nerdy insight and outrageously ebullient language. Where else would you read about the "scuzz-drenched doomic plod" of Rusted Shut? Or Twink's apocalyptic psych-rock masterpiece Think Pink from 1970, a record "packed with droning chant, druidic prophecy, spaced-out psych jams, weird, twisted pop and acid-folk ramble"?

After taking the reins from Windy Chien in late 2003, Andee Connors and Allan Horrocks came into ownership as Sunn O))) and Boris' drone-doom power began to crest, when the Jewelled Antler collective made "nature psych" out in the woods, Jack Rose and Fursaxa led a renewed interest in acoustic music and artists from Finland (Kemialliset Ystävät, Circle, Paavoharju) made some of the freakiest music out there. Aquarius Records became enthusiastic documentarians of a wild time in music, as the barriers between sounds deteriorated, but were still fortified by discovery.

Beyond underground music trends, there was a sense that anybody could walk into the store or mail a demo in and suddenly become the store's next mission. Before they got signed or forged careers on their own, limited-edition releases of Expo 70's mammoth guitar drone, Lubomyr Melnyck's "continuous music" for piano or Grouper's disembodied noise-folk would regularly list on the mail order site, be gone within hours and the store would beg the artist to make more copies. 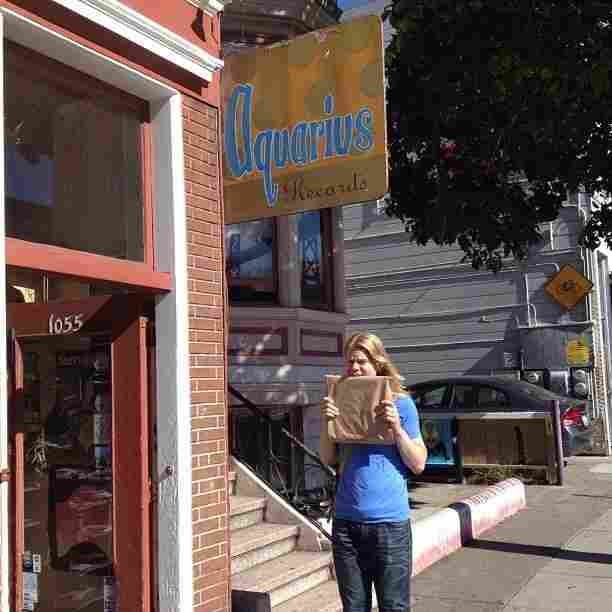 Aquarius Records taught me that you can always dig deeper for weirder, louder music, but unlike the grumpy record store clerks portrayed in movies, you don't have to be a creep about it. This music is for anybody drawn to the seemingly indigestible, or at least curious about the racket leaking from the sides of your headphones.

Currently, the only way to read aQ's previous album reviews is through the Wayback Machine, though there's going to a book that compiles the record store's beloved writing. These days, I haven't found anything quite like aQ's New Arrivals list because, guess what, even the folks who dig for music need outside ears. Right now, I like the hardcore/punk picks and write-ups from Sorry State Records and subscribe to Heathen Disco, a newsletter from former NPR Music contributor Doug Mosurock. I'm always on Bandcamp, as evidenced most weeks on Viking's Choice. You can even still find ex-aQ owners Andee and Allan's music recommendations via Why...Do You Like It?

So this week's Viking's Choice, a weekly column and playlist indebted to sonic adventure with a grin, is dedicated to the music I personally discovered through Aquarius Records. Everything from Group Doueh's buzzing desert-trance and The Heads' crushing space-rock to Harvey Milk's oddball sludge and Botanist's hammered-dulcimer black-metal. There's also a ton of Japanese psych-rock both past and present, a nod to FM3's Buddha Machine and an excerpt from Yahowha 13, a psychedelic cult and band endlessly championed by Aquarius and later profiled in the 2012 documentary The Source Family.

Speaking of documentaries, It Came from Aquarius Records is currently set for release in Fall 2020. You can watch the first seven minutes right now, featuring testimonials from The Mountain Goats' John Darnielle, Marissa Nadler and Ty Segall.