Heat Check: Reportin' Live From The Other Side

out of. Miller Mobley/Courtesy of the artist hide caption 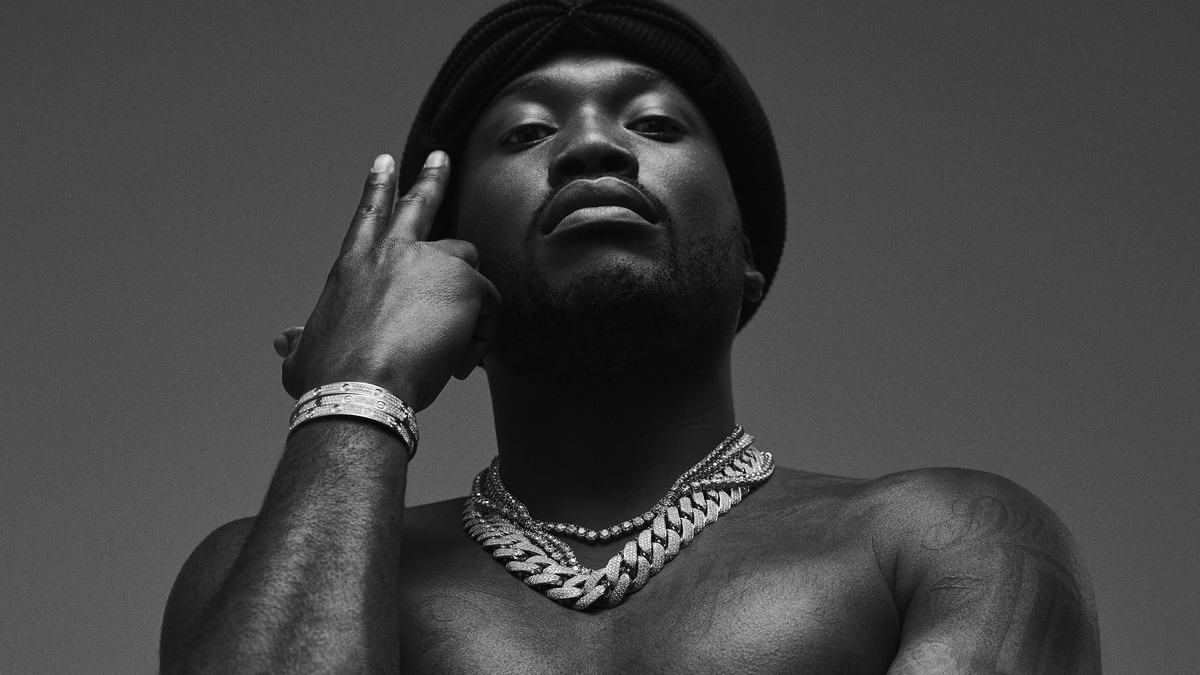 Meek Mill's "Other Side of America" is a poignant snapshot of a life he was never expected to get out of.

Miller Mobley/Courtesy of the artist

As Black Lives Matter protesters remain loud and consistent in the streets of America, the artists who've always spoken truth to power are doing so once again, giving the fight a beat to stay on course. Hip-hop has always carried the message of Black resistance in its cultural DNA — you can hearrowdy escapism, intimate self-preservation, glitzy and iced-out opulence or straight-up defiance against oppression. As for soul and R&B? The uniquely American art forms offer solace and safety in times of wearied unrest.

The New Sounds Of Protest And Hope

With many protests lasting hours on end, participants have been soundtracking their steps and sit-ins with sounds from all genres, but the hip-hop and R&B sounds really cut through the pain of tired feet, sunburned foreheads — and in some cases, tear-gassed eyes — to remind participants why they started. Hacktivist group Anonymous hacked into Chicago Police Department's radio channels to blast N.W.A.'s "F*** Tha Police." A crowd joined a "Lean On Me" singalong in Washington D.C. Protesters in New York City danced their way through the city to the sounds of Pop Smoke. "Knuck If You Buck" had marchers linking arms in Atlanta while LA hit the swag surf.

As more people feel emboldened to take part in this moment, artists are not only joining in the fight for equality, they're releasing music to reflect the surge of energy in real time. From Meek Mill and Denzel Curry to Dua Saleh and Orion Sun, these are the new tracks that give shape and sound to the movement.

As always, check out the most immediate and unorthodox mix of music of the moment by streaming Heat Check on Spotify.

Meek Mill, "Other Side of America"

Having finally been absolved from charges that predate his rap career last year, Meek Mill offers lived experience on every bar of "Other Side of America." Offset by President Trump soundbites from a campaign rally, the Philly rapper and prison reform advocate paints a picture of the ruthless, unprotected life he came from — one that he was never expected to get out of. It's not a theme that's new territory for Meek, but the bars hold even more weight in this moment.

Think of this one as YG's spirited sequel to his 2016 anthem "FDT." Again, the message is simple, but effective.

As one of the more surprising musical mashups to come out of this moment, producer Terrace Martin and rapper Denzel Curry carry the load of strife and anger on this new track. Over saxophone and urgent drums, "Pig Feet" strikes a chaotic and clairvoyant balance.

"Helicopters over my balcony / If the police can't harass, they wanna smoke every ounce of me /Breath is alchemy, see how the life converted / You tell me life's a female dog, well I'm perverted / Go to jail and get murdered / Murder was the case they gave us / Manipulate the system so the prison could save us, aye / Nothin' can save us."

Minneapolis-bred multi-hyphenate Dua Saleh has remained loud and consistent in their activism against police brutality. As a reflection of the world around them, this has been a cornerstone of Saleh's music.

Saleh's been out in the streets, but also recently shared a track that viscerally depicts how police regularly violate the rights of citizens. In the case of "body cast," Saleh uses an audio example of police attempting to illegally enter the home of a Black woman to highlight the disrespect, tension and infringement Black people feel everyday.

"We demand justice for the family of George Floyd and countless others who have had their lives stolen by the police," Saleh wrote on Instagram when dropping the song. "'body cast' is a song I made with Psymun last year and intended to save it for a project in the future, but I can't wait that long with what is happening in Minneapolis."

Since breaking out with 2016's "First Day Out," Tee Grizzley's music has always underscored the injustices in America's prison system. His latest track strikes an uplifting tone thanks to an assist from Queen Naija and members of the Detroit Youth Choir, but the critique is still searing and pointed.

Written after attending a protest two weeks agoand experiencing aggression and violence at the hands of the police, Philly front runner Orion Sun wrote and released the track "mama's baby" as a Bandcamp exclusive, declaring that 100% of the song's sales would go to the GoFundMe fundraising page for Breonna Taylor, a Louisville woman killed in her home by police earlier this year.

"I was injured pretty bad, but I remember not grasping the reality of the situation because I hear so many people confuse police brutality with police murder," Orion Sun explained on Instagram. "It's wrong to think of a violent encounter with the police and just be grateful I didn't die. Police have failed to protect and serve me. They had no problem throwing a black woman to the ground over what? Nothing."