aria-label="Image credit"> Courtesy of the artist 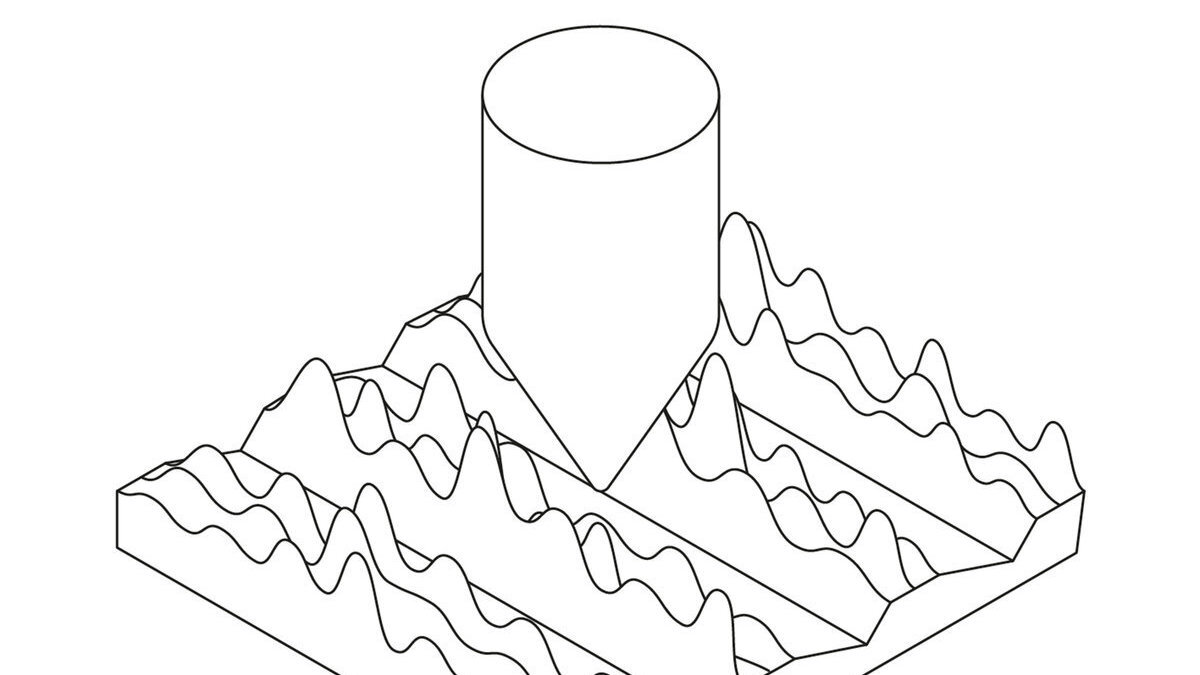 You suddenly find yourself in a white room with no windows or doors. What adjectives describe how you feel? It's a personality test deployed by friends and psychologists alike as a way to think about death or the afterlife, should you believe in it. For years, my answers have typically been the same (peace, stillness, understanding), but lately, "mystery" is my lead response. In that hypothetical space, I'm drawn not so much what's outside those walls, but the creation capable within.

Perhaps Maria Chávez feels the same way. The Peruvian-born, Brooklyn-based sound artist has made wind sculptures in Marfa and a "rain of applause" in Malmö, but is also a DJ and turntablist, reorienting familiar sounds in and from fractured grooves. After more than a decade of all this, her first full-length audio release is a high-concept objet d'art that crawls into the void of nothingness.

The one-hour Plays Stefan Goldmann's Ghost Hemiola is sourced completely from a soundless double LP full of locked grooves made by German-Bulgarian DJ and electronic music composer Stefan Goldmann. Well, there is sound, but only the scratch of a needle on the vinyl itself. Or, as Goldmann encourages, "Pulling a knife or other tool to its grooves allows for cutting your literally uniquely own beats directly into the record."

While some DJs have turned Ghost Hemiola into minimalist beats, Chávez digitally processes surface noise from the vinyl — the seeming, disquieting nothing — into floating saucers of sound, whooshes dubbed to space and scrapes skipped and panned around a room without beginning or end. (Needless to say, Plays is a headphone experience.) There are moments when the manipulated 1s and 0s sound like they're trying to escape analog terror, as if a 32kbps MP3 was pressed to vinyl and spit back out. The bursts come on quickly and suddenly, as if to puncture quietude from its stillness. On the absolutely absorbing Plays, Chávez tears silence from its myth.

Richard Youngs is in a perpetual state of moving on. Noise, post-punk, "foot guitar," techno, disco and pop music are all within the British experimentalist's grasp, yet consistently and constantly reworked. Beloved are his singer-songwriter records — 1998's Sapphie, 2009's Under Stellar Stream — for their idiosyncratic storytelling and sound sculptures. All Hands Around the Moment is a collaboration with the Barcelona-based Raül Refree, a musician in his own right, but also producer to everyone from Sonic Youth's Lee Ranaldo to Spanish pop superstar Rosalía. Never before have Youngs' pensive meditations been adorned so lushly and delicately.

Counterparts, "The Hands That Used to Hold Me"

It appears I've got some catching up to do with Counterparts, a metallic hardcore band that pushes all of my Shai Hulud and Strongarm buttons: intricate guitar melodies, sweeping arrangements, unnecessarily overdramatic spoken word and rip-up-the-pit breakdowns.

Cello music that slips through the ribbons of aurora borealis. This gorgeous piece from 1998 will be found on a three-disc anthology of the American cellist's work selected by Tashi Wada and Charles Curtis himself, featuring the compositions of Éliane Radigue, Morton Feldman, Olivier Messiaen and others.

DAWN thinks of her independent empire in eras, but the sinuous pathways of her shape-shifting pop music are all connected. After her love letter to New Orleans earlier this year, "Slim Thicc" and "Ay Papi" are pair of loosies linked together by DAWN's Haitian roots (and some killer dance moves). "Slim Thicc," in particular, burns smoothly with Trakgirl's island-party production.

A starry-night pop song with big feels, featuring the kind of acoustic guitar- and synth-driven sparkle that ends up soundtracking teen rom-coms. I'm a sucker for this stuff when done right and this Paramore-punk-turned-pop trio from Lyon, France nails it.

Glenn Donaldson (Skygreen Leopards, FWY!) called Jake Webster the "master of hobbitwave" and I can't stop giggling about it. Tuluum Shimmering's crunchy, hairy and pastoral music feels like a Jerry Garcia guitar solo jamming on a minimalist theme; here, he interpolates and transports Pharoah Sanders' transcendent "The Creator Has a Master Plan" onto some verdant, rolling hills.

Mamiffer, "So That the Heart May Be Known"

In September, Faith Coloccia released Here Behold Your Own under the name Mára, an album of sketchbook hymns to her newborn son. Mamiffer, her ever-shifting outlet for droney and doomy atmospheres, expands the hope of life and love through songs that undulate like new limbs seeking bright adventures.