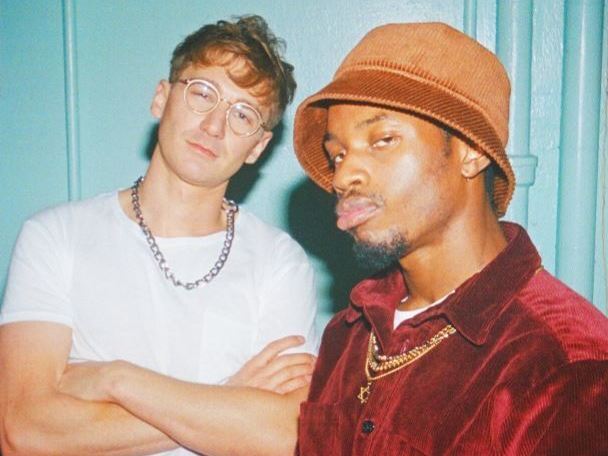 Elliot Arndt /Courtesy of the artists

There's a certain unspoken euphoria in knowing exactly who you are. It's like a tiny party-of-one celebration when you check in with yourself, verifying that you're actually living your truth out loud. And yes, the practice of that check-in is always changing because your truth is subject to change. But the moving target is always worth the pursuit.

While the personal revolution of starting to know and show who you are can be freeing, it can also come with complications (a.k.a. other people). Some will question your methods, your results and your bliss just so they can feel better about not knowing themselves. Some will try to impose their own self-doubt on you. It's a supremely corny behavior, but so is the life of a hater.

Haters tend to be so baffled at your success and peace of mind, they don't realize they could be living their truth, too. This week's Heat Check selects come from artists who don't entertain the haters or mutter their feelings. These artists are sonically checking in with themselves on their own terms. Take note of your own journey while you listen and when your haters finally start catching on and want to try to mimic your practice, charge them interest for sleeping so long.

Don't act brand new to this. Heat Check is available to stream in its entirety on Spotify and Apple Music now.

Jhené Aiko, "None Of Your Concern"

In case you haven't noticed, Jhené Aiko gives zero f**** — not about adhering to one message in her music, not about a traditional album rollout and definitely not about a former fling trying to weasel his way back into her life. On Aiko's latest emboldened rhapsody, "None of Your Concern," she personifies the eye roll emoji tenfold when her ex has the audacity to ask what she's up to. Not even a tantalizing guest verse from Big Sean can save this reunion.

Moving with all the silky smoothness of a hot comb on new growth, Ama Lou's "NORTHSIDE" off her major label debut EP, Ama Who?, evokes that kind of '90s R&B Brandy and Aaliyah had down pat; spunky and sweet with just a touch of naiveté.

The Montreal-based band nestles regret and guilt in a nest of cozy, psychedelic distortion: "I know I wasted my breath when / All this s*** was happening / Last year you're the only thing / That saw what I could've been baby."

If Ambré's lucid, soulful lyricism strikes a familiar chord, it's because the 23 year old has already made a name for herself by penning Grammy-winning songs for R&B stars like H.E.R. On "free drugs," the longest cut off the New Orleans artist's debut EP, Pulp, Ambré loses all her ethereal airs and swims through the soup of a murky mind-body high.

With an admirable cadence and an easy, memorable hook, the West Atlanta rapper's breakout track perfectly captures the excitement of an unexpected win.

"Think that money be changing my mood and s*** / I be thinkin' bout what I'mma do with it / I be having them dreams about getting it / I be having nightmares about losing it," Mason admits.

Is Baby Keem's "Orange Soda" technically new? No. It dropped back in July ahead of his breakout project, DIE FOR MY BITCH. But do I care? No.

As one of the most exhilarating artists of 2019 and a known voice on Heat Check — fans who hit shuffle should remember the playlist launched back in August with the underrated Keem track, "I Invented It" — Baby Keem is having the type of year most up-and-comers can't even fathom. So, new or not, his recently released video for "Orange Soda" is a dutifully-shot cause for celebration.

With shades of trap, pop and some modified yodeling, Gordon sheds all semblance of self-doubt to celebrate the journey of evolving into the most open version of herself. "Whole team up, f*** it up the money comin' / Bitch glowed up, now look who I'm becoming," Gordon manifests.

Up until last week, British band Glass Animals hadn't released an original song in three years. So, to make its reintroduction stick out, the outfit tapped Florida's Denzel Curry to give its eerie, horn-submerged track some Super Saiyan energy.