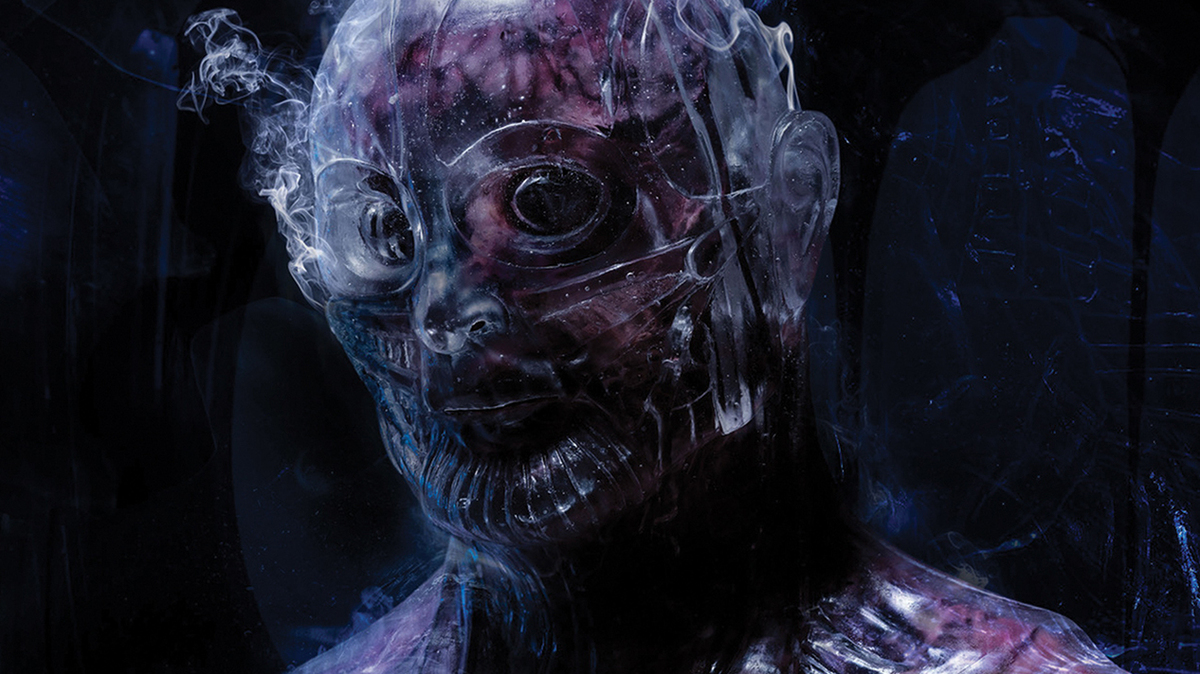 On its new album Underneath, Code Orange just wants to crack open metal's skull and suck the marrow.

You know those scenes in horror movies when some creep (who, of course, turns out to be a skull-sucking monster from hell) opens its mouth wider than it should? With jaw unhinged, Code Orange's Underneath, out Friday, devours a body of extreme sounds — sludge, noise, metallic hardcore, doom, grunge, industrial and whatever else it takes to make the mosh pit swarm — to make uncompromisingly chaotic metal.

That shuffle-play approach has been part of Code Orange's DNA since they were teenagers wrecking basements 12 years ago. But there was a shift with 2017's Forever, when pitch-black melody wormed its way into the brutality (particularly on "Bleeding in the Blur," a moody showcase for guitarist Reba Meyers). The Hurt Will Go On, a three-track EP from 2018 featuring Slipknot's Corey Taylor (on "The Hunt"), experimented with electronics and synths. The shape was changing, but into what?

Underneath consolidates the chaos while expanding on it. Not only is "Swallowing the Rabbit Whole" a clever play on words, but a morbid metaphor for the album's sonic intake. The main riff — which, in its way, recalls wrestler "The Fiend" Bray Wyatt's mandible claw — is Code Orange in full effect, but broken up by glitches and atmospheric keys and guitar. There's a remarkable amount of floating space here for a band once determined to fill every moment. "Who I Am" takes this idea further, as fusion guitar wails beneath skittering beats and Reba Meyers' clean vocals — the result is more akin to the WTF-rave-metal of Fire-Toolz. That's before the anthemic chorus hits, suddenly diverting Code Orange towards the pained nü-metal of Linkin Park with disjointed drum fills. "Sulphur Surrounding," too, takes that earnestness and makes it mean.

While the band co-produced with Will Yip and Nick Raskulinecz, Eric "Shade" Balderose provides Underneath's glitching through lines. The founding guitarist shifted his focus to electronics and synths four years ago, and here builds Brutalist architecture, upside down. ("It's cool that they got Billie Eilish to join the band on keyboard now," the top commenter helpfully and hilariously offers on the video for "Underneath.") He worked with Nine Inch Nails' Chris Vrenna on much of the drum programming (those industrial textures heard prominently on "The Easy Way" and the title track).

Those worried Code Orange has gone soft really, really shouldn't. "In Fear" is, by far, one of the most hard-hitting songs of the band's career, a riff feast worthy of fellow yinzers Zao. "You and You Alone" speeds through pinch harmonics and tag-team screams. Drummer Jami Morgan, ever the terrifying presence, takes the lead on "Cold Metal Place," a chugging track that collapses on itself. But as ever, Code Orange just wants to crack open metal's skull and suck the marrow.

Justin Storms is a hopeless, Gothic romantic: "Til they put us underground / I'll follow you with an empty heart," he sings on this cut from Rattle, out May 15. That's a coffin tattoo wrapped in a ribbon if I ever heard one. Wailin Storms leans into a sepia-toned, spaghetti western post-punk more than ever, hollerin' over of body buried in distortion.

Speed metal, sung with a working-class urgency en français. The punk riffs are stark, but startling, propelled by Fluer's battle-cry vocals. One of the most promising metal debuts I've heard in a while.

Revolutionary Army of the Infant Jesus, "I Carry the Sun" / "Falling"

Tender, sound-seeking reshapers of sacred music return with two albums, Songs of Yearning and Nocturnes, which are now my most anticipated albums of the year. This pair comes from the latter with an image-rich, two-minute pop song (!) and a beauteous, harp- and string-led landscape setting at dusk.

Hank Wood and the Hammerheads, "Use Me"

Hank Wood and his fellow Hammerheads toss some twang — and maybe a little bit of Anthony Kiedis' yabba-dabba-do energy — into its garage-punk frenzy.

Eliza Bagg disintegrates her voice into a euphoric, Auto-Tuned goo, emerging from the other side of the abyss an electro-pop alien.

The Cowboy, "From the Grave"

Look, I'm a year late on this leather-clad, heavy-metal cheese fest from Vancouver — but come on, if, two seconds in, that absolutely ridiculous yell doesn't make you LOL and reach for a tallboy, we can't hang.