map with 100 points. Courtesy of the artist hide caption 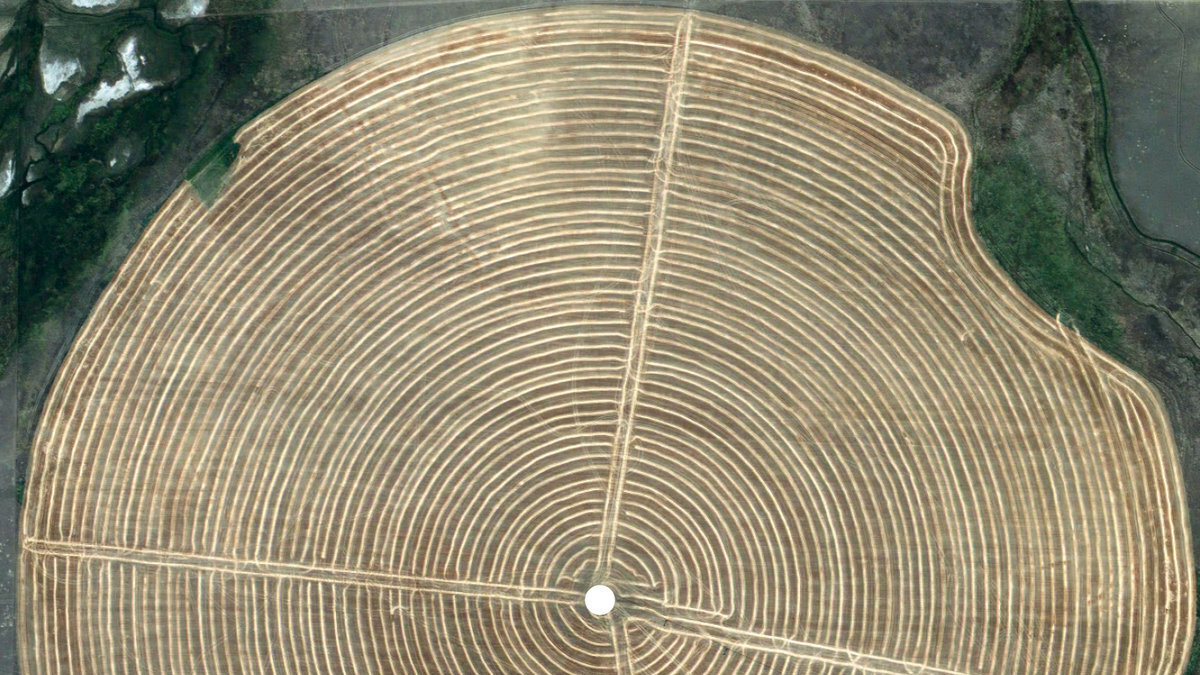 Eilean Records was always built to end. The French label was conceived as an elaborate art project, based on a map with 100 points.

As we take a bottle cap to the lava-spewing volcano that was 2019, we're about to make sense of all of the music that it contained — or at least the parts that hardened on our hearts like pyroclastic rocks. Be on the lookout for our year-end lists very soon, plus my annual Viking's Choice episode of All Songs Considered, which comes out Dec. 31. But before all of that, I wanted to make note of two record labels closing up shop by the end of this year that, like my eulogy for Patient Sounds, left a mark on me.

Near the beginning of the decade, the Finnish label Blood Music got the attention of the metal scene with lavish box sets for Moonsorrow, Strapping Young Lad and Emperor, making a bold argument for elevating metal to gallery-worthy art, or maybe recognizing that it always should have been. Eventually, Blood Music began to release new music — not just from metal bands like Lychgate and Irreversible Mechanism, but across the synthwave phenomenon with Perturbator, Dynatron and GosT — cementing the chrome-and-leather link between these two extreme musics. In 2019, there was no slowing down, including the self-titled album from Astronoid, a surprisingly effective mix of shoegaze-y blast beats, pretty pop-punk singalongs and post-rock ambiance — the sweetest, softest heavy metal of the year.

At the very least, Eilean Records was built to end: The French label was conceived as an elaborate art project, based on a map with 100 points. "Each point is associated to a number. Each number to a release," says the bio. Like Blood Music, presentation is of the utmost quality, with CD-Rs packaged in thick cardstock and glossy photos of tree rings, mysterious collages and natural and unnatural forms. The music tends to be tender and textural — electronic, ambient and avant-garde artists from all over the world, often unknown names that became names as a result. Release number 100 gathers every artist that's released music on Eilean; it's not a bad place to start, if six hours of rich, blissful sounds is your jam.

The updated Spotify and Apple Music playlist features tracks from the catalogs of Blood Music and Eilean Records, plus this week's picks found below. (Note: Some of these tracks can only be found on Bandcamp.)

Cello music sounded from fathoms deep. Lori Goldston's written and performed film scores, slowly shredded with Earth... and, yeah, she played with Nirvana. The new solo cello album from the Seattle composer and improviser mixes some tunes of her own with outside contributions, including this droning beast of a piece from Julio Lopezhiler.

Leah Toth (Wooden Wand) calls her slowly unfolding compositions "hymnambient." You could call these organ-droned experiments church music for the unchurched. But mostly, Toth's wordless music breathes calm into restless mornings and nights, as undulating guitar, organ and field recordings sway like the spirit moving through you, whatever it may be.

Arbor Labor Union really shouldn't make any dang sense: A cosmic Americana band that choogles like CCR on fire, but blazes through brainy post-punk riffs with the greatest of ease. The looseness and sharpness should be at odds, but that wild give-and-take packs a wallop.

"While you stay the life of the party, I could take a long walk off a short pier," Lauren Denitzio deadpans in the first 10 seconds of Worriers' "PWR CPLE," from 2020's upcoming You or Someone You Know. Three albums in, they really can take a few power chords and cuttingly tender words and make them blossom, wilt and explode, often in the same song.

Depending on your state of mind, Matt Jancik's drones will either lull you into a beautiful comatose or bury your bummer into a subconscious from which you can never return.

In a bass line that grooves like Pylon on the prowl, a guitar that skronks with a celestial buzz and bruising drums, all three Xetas scream in solidarity at the futility of a "sick cyclical hell."

Trevor William Church — heavy metal warrior, songwriter of unceasing riffs and guitar shred most harmonious — will have released three Haunt full-length albums in three years by 2020. (This doesn't include daunting catalogs from Beastmaker and Hysteria.) Here's a look at next year's Mind Freeze, in which our hero turns in yet another fist-pumping anthem, but adds some tasteful synths to the beers raised.