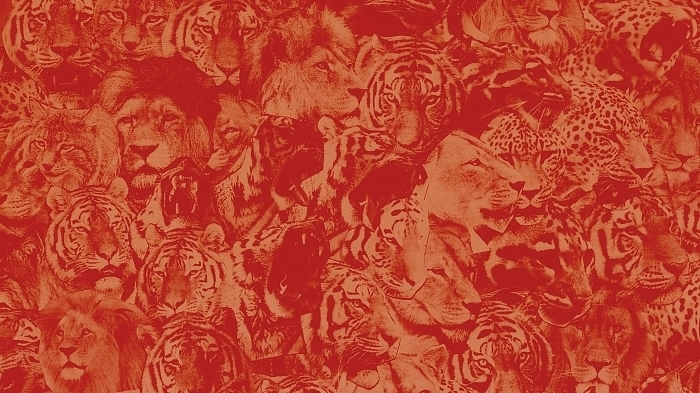 Today's Active Lifestyles, Polvo's second album from 1993, gets a slight makeover from its original, puke yellow-and-green color scheme for a vinyl reissue.

Polvo imagined a language as thick and viscous as cheese grits. Here was an indie-rock band of Southerners, messing with alternate guitar tunings based on Indian and Middle Eastern drones, noodlin' on aberrant grooves that simultaneously repelled and sucked in ears attuned to a long-winded, surprisingly catchy weirdness. Sharing stages and a label with Superchunk and Archers of Loaf through the '90s Chapel Hill scene, Polvo stood out for how little it wanted to fit in.

"The thing to be, at the time, was to be obtuse. Everybody was obscuring themselves," Emil Amos (Grails, Holy Sons) said on his Drifter's Sympathy podcast in 2018, commenting on a mentality that informed underground music. "Stephen Malkmus went under the name S.M. for a few years before anyone knew his name. Butthole Surfers and Nurse With Wound — all of these people had already designed the moat and reeled back the drawbridge for the underground's fortress. Polvo, Trumans Water — these are bands born inside of the movement. They're not of the outside world; they're dosed from birth."

Cor-Crane Secret and Today's Active Lifestyles were released back-to-back in 1992 and 1993, respectively. Like Pharoah Sanders during his years on Impulse Records, the short time span reflected a restless progression, as Polvo found new gradations in its monochromatic color scheme. These songs tuned into the fuzzed-out frequency of '60s garage-rock singles, and took Fugazi's bent shapes and boiled them down to spaghetti limbs. (The first time I heard Polvo, I could've sworn they were a D.C. post-hardcore band with a spiritual Southern drawl.) The composite comes out to something approximating Sonic Youth or even — if you're feeling lazy — Pavement, but only by way of the collective subconscious, as early-'90s indie rock grew all kinds of unsightly and inspired appendages at once.

Polvo would go onto sign with Touch & Go Records, break up, then return from 2008-2013 with a couple of truly stellar records (In Prism, Siberia) that are worth seeking out. Merge, its original label, has just announced vinyl reissues of its first two records, in addition to a collection of singles. Listening back, none of this music has aged; it sounds vital, with a lived-in currency that lives on.

You can find this week's picks below, plus my updated playlist on Spotify and Apple Music, which includes a mini-playlist of my favorite Polvo songs. (Note: Some of these tracks can only be found on Bandcamp.)

The psychedelic music of Six Organs of Admittance has always operated at dusk. After a few albums of chance-based compositions, Ben Chasny both returns to form and forges ahead. In burnt hues of guitar fuzz and tangible string rattle, the perfectly titled "Haunted and Known" whispers deeper and darker, especially as it settles into a synth coda that shatters the fading light.

Chubby and the Gang, "Speed Kills"

It's only Tuesday, but this Chubby and the Gang record is made for Friday night ragers. Debaucherous rock-and-roll punk played stupid fast, with hooky riffs burned into the skid marks.

As these hardcore mutants have transition from basements to stadium tours opening for System of a Down and Slipknot, Code Orange has evolved in kind. Each record has seen the group warp the chaos of its sound, but the title track from the band's forthcoming Underneath turns that extremity into liquid metal. Guitarist Reba Meyers mean-mugs the melodic vocal hook and trades screamed verses with drummer Jami Morgan, but the bulk of "Underneath" hulks out from oil-slick-black electronics and menacing synths, peeling under the skin to uncage Code Orange's next evolution.

Is there an oblique strategy card that reads, "Motörhead, but make it goth"? At least that's the yelping, "Ace of Spades" chord-progression-aping vibe from this Vancouver punk band.

Hatzihristos Apostolos, "The Sun Is Setting on the World"

It's the end of the world and the Greeks have been singing about it for decades. Death is Not the End, a London-based label, regularly digs into the archives of obscure spirituals, folk and blues music. Following up the themes of 2016's The World Is Going Wrong, its latest cassette compiles rebetika — Greek urban popular songs — from the 1930s through the late '50s, with an ear towards the apocalypse.