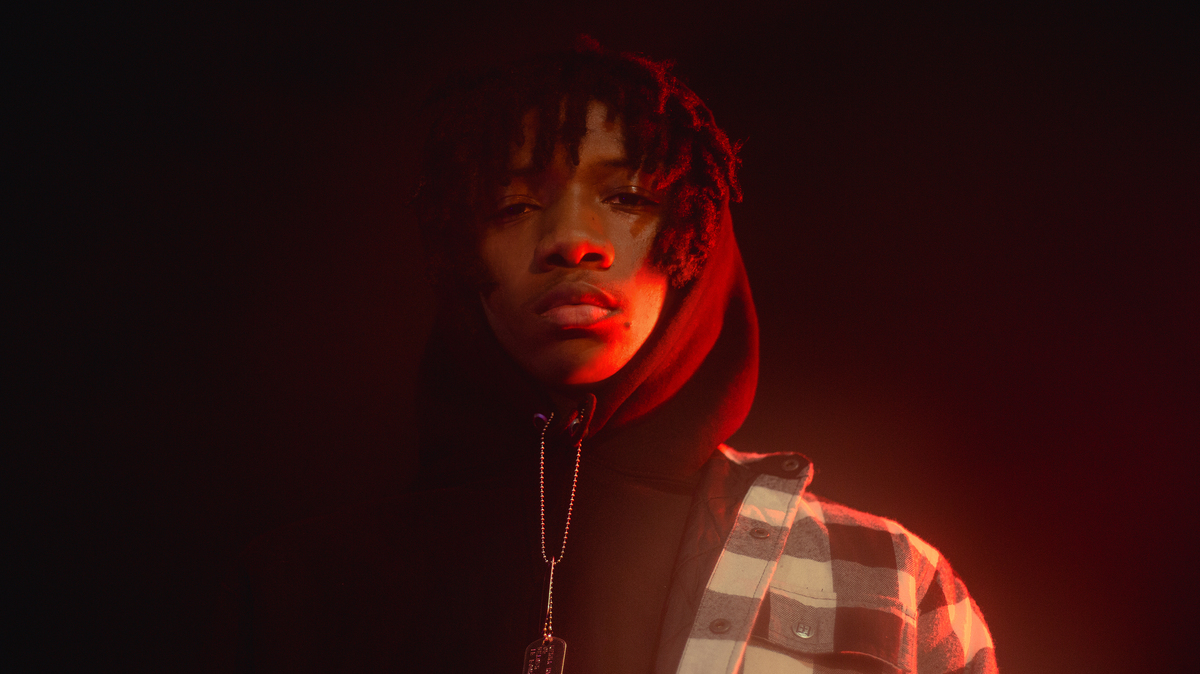 Nasser Boulaich/Courtesy of the artist

If you've ever been in a playlist battle with your friend — switching DJ privileges back and forth every other song — rapid-fire surprises are the name of the game. Whether it's switching sub-genres, regions, decades or movements within minutes, you've got to hit them with an uppercut. It may rattle their jaw and bruise their ego a little, but it's the only way to win.

Get your licks in early by streaming an all-new Heat Check playlist on Spotify.

Less than a year after breaking through with "Hit," Kenny Mason unveils his debut project, Angelic Hoodrat, with cool-under-pressure, low-lid resolve. The album's 14 tracks dabble in grunge and pop sentiments and manage to pack in plenty of storytelling with sidebars of interjecting dialogue. The Atlanta MC is embracing some new-found bass in his voice — the kind that comes with self-identified clarity.

"I'mma double my W's working / Everything you see in these verses / Is the same when you see me in person."

With a triumphant sampling of Minnie Riperton's "Les Fleur" and an assist from JID, Deante' Hitchcock makes it all sound easy as he primes fans for Better, his debut project due out May 13.

"When they cut off the heat and my heart got cold, I'm talking bout ice chills, shawty / I knew I was great even when n****s hated, I made it like Mike Will, shawty."

Hailing from East Orange, N.J., Chris Patrick's got Herculean wordplay and a flow that will give you unexpected whiplash. Who else is fitting Eddie Guerrero and Pepé Le Pew references in a double-timed verse like this?

Darkie Fiction, the Johannesburg duo made up of singer Yoza Mnyanda and rapper Katt Daddy, take it to the ground on "Sisekhona" with glimmering lyrical chemistry and conviction that defies language barriers.

RIMON doesn't ask for too much. She just wants the same cunningly coy, love-drunk energy she's giving out.

"Baby, I'll go out of my way, you know that / Maybe, you should do the same out of respect."

North London and Chicago collide with a steady pulse of electrified piano and percussion. Even with so much texture for your ear to dissect, the promise of this music is simple: "Nobody's gonna want you like I do / Nobody's gonna love you."

Created at home during the coronavirus quarantine, Amber Mark's slithering cover of Nirvana's "Heart-Shaped Box" weirdly leaves you more haunted than the original. Mark's vocal performance is a audible Venus flytrap. Instead of screaming guitar strings on the chorus, she opts for synth and reverb to pull you under.