Sohaila Abdulali: Taking About Rape on Alternative Radio – Sunday at 10am 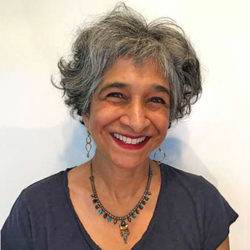 Rape. From Hollywood mogul Harvey Weinstein to Wall Street financier Jeffrey Epstein to NFL star Antonio Brown, this ancient crime is in the news. The #MeToo movement has enabled many women to tell their stories for the first time. Who can forget Christine Blasey Ford’s testimony under oath at the Brett Kavanaugh hearings? Forever, women who have been raped have not been believed. That seems to be changing. In one case, which did attract some media attention, a California judge sentenced a Stanford University student found guilty of rape, for which the maximum sentence was 14 years, to six months. The student only served 3 months. An uproar ensued and the judge was recalled. The governor of the state signed a bill imposing mandatory minimum sentences in sexual assault cases. Much is to be done but the silence is broken. The conversations are happening.

Sohaila Abdulali is a writer and an activist. Her articles appear in The Guardian and other newspapers and journals. Her New York Times op-ed “I Was Wounded: My Honor Wasn’t” broke readership records. She is the author of What We Talk About When We Talk About Rape.