Chuck Collins - Inequality: The New Gilded Age on Alternative Radio - Sunday at 10 am 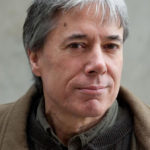 A conversation between Ernest Hemingway and F. Scott Fitzgerald reportedly went like this: Fitzgerald says, “The rich are different from you and me.” To which Hemingway responded, “Yes, they have more money.” You bet they do. And now more than ever. The old Gilded Age pales in comparison to the current one. The wealthy of the late 19th century: Rockefeller, Vanderbilt and Mellon look impoverished in relation to the current crop of Bezos, Gates and Buffet. Inequality is at record levels. How has it happened? The attack on unions has hurt workers. CEO pay has gone through the roof. There have been massive tax cuts for the haves while the have-nots see their social safety net eroded. The enormous excesses of the first Gilded Age led to a populist backlash and the Progressive Era. Could we see a repeat of that today?

Chuck Collins is director of the Program on Inequality and the Common Good at the Institute for Policy Studies.  He is author of Born on Third Base, 99 to 1 and Is Inequality in America Irreversible?
Tweet Pin it