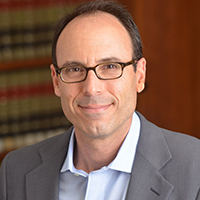 The term corporation is not in the Constitution, yet this entity has emerged over the years as the most dominant force in society. Although never oppressed like women and minorities, corporations have fought to win equal rights under the Constitution. Today, they have nearly all the same rights as ordinary people. Corporations have waged a persistent campaign to expand their power and to strike down regulation. They have systematically pursued and won legal privileges through the courts, especially the Supreme Court. Most notoriously, the Supreme Court’s 2010 Citizens United decision paved the way for unlimited, anonymous money to be spent in elections. The idea that corporations are persons and money is free speech strike at the heart of equality. Justice John Paul Stevens in his Citizens United dissent said, “A democracy cannot function effectively…(if citizens believe) laws are being bought and sold.”

Adam Winkler is professor of law at UCLA. He is the author of We the Corporations: How American Businesses Won Their Civil Rights, a National Book Award finalist.