Media: Monetizing Anger with Matt Taibbi on Alternative Radio – Sunday at 10am 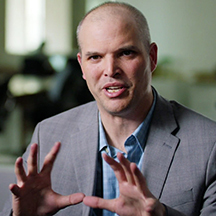 The current period could be dubbed The Age of Anger. To drive ratings up and along with them ad revenue there’s nothing like rage. People go to their favorite media outlet as if it were comfort food. Where their views are validated and reinforced. And their anger finds a home. Argu-tainment is the order of the day and boy does it pay off. Corporate profits soar. Witness the comments of Leslie Moonves, former head of CBS, who cynically said, Donald Trump and his campaign “may not be good for America but it’s damn good for CBS. Man, who would have expected the ride we’re all having now? The money’s rolling in. I’ve never seen anything like this. Bring it on, Donald.”

Matt Taibbi is an award-winning journalist and a contributing editor for Rolling Stone. He is the author of Griftopia and Hate, Inc.