Michael Yates: The Working Class on Alternative Radio – Sunday at 10am 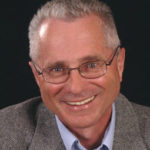 Warren Buffett, the much-admired genius investor and one of the world’s richest men said, “There’s class warfare, all right, but it’s my class, the rich class, that’s making war, and we’re winning.” And who are the losers? The working class, people who work for an hourly wage or are salaried. The ruling class has driven down wages and benefits, smashed unions, and cut programs that protect the disadvantaged. All of this at a time when income and wealth inequality has reached historic extremes. Who’s to blame? In a classic example of divide and rule immigrants are demonized and scapegoated. It’s all their fault. Not the bosses and CEOs who make oodles of money. Can the working class, long taken for granted by the Democratic Party, be a force for positive progressive change? How might it overcome its own internal divisions and contradictions?

Michael Yates is Editorial Director of the Monthly Review Press. He was a labor educator for more than three decades. He is the author of The Great Inequality, Why Unions Matter and Can the Working Class Change the World?