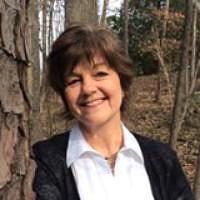 The history of the anti-government and anti-democratic politics that have transformed the U.S. in recent years is largely obscured from view. The radical right’s agenda includes suppression of voting rights, privatization of everything from schools to Medicare to Social Security to public lands, elimination of unions and limiting majority rule. Core beliefs also include: there is no problem tax cuts won’t solve and that the best kind of regulation is no regulation. Let the industry decide. And the intellectual godfather of this extreme right-wing thinking? Someone you’ve probably never heard of. James McGill Buchanan, a Nobel Prize-winning economist. And the money to promote his ideas comes mostly from billionaire Charles Koch. These ideological positions have moved from beyond the fringe to where they are openly discussed and legislation is proposed. If these forces get their way democracy will be in chains.

Nancy MacLean is the award-winning author of Behind the Mask of Chivalry, a New York Times “noteworthy” book of the year, Freedom is Not Enough and Democracy in Chains. She is the Chafe Professor of History and Public Policy at Duke University.