Can the Democratic Party Live Up to its Name? Alternative Radio – Sunday at 10 am 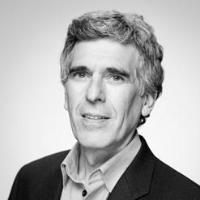 I'm a Democrat." We can all have a good chuckle at that. But the deep problems with politics in the U.S. are too serious to laugh at. The Democratic Party has in recent decades abandoned to a great extent its New Deal social welfare roots. The party of Roosevelt and Truman has embraced Wall Street bankers, hedge fund managers and financiers. The interests of corporations and the business class have immiserated the working class. Instead of resisting the doctrine of neoliberalism which has contributed to massive income inequality and the decline of unions, the party went along with it. Can the Democratic Party live up to its name and democratize its candidate selection process? Can it get back to its professed principles?

Speaker:
Norman Solomon is a political commentator and media critic. The National Council of Teachers of English honored him with the George Orwell Award for Distinguished Contribution to Honesty and Clarity in Public Language. He is director of the Institute for Public Accuracy and co-founder of Roots Action, an online activist group. He is the author of many books including Target Iraq, War Made Easy and Made Love, Got War.