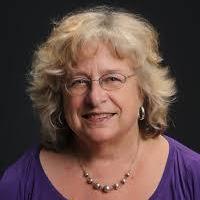 More than half of its population of about ten million live in poverty and per capita income is one of the lowest in the region. Since the June 2009 coup overthrowing the government of President Manuel Zelaya the country has been ruled by repressive regimes. Washington, under Obama and Hillary Clinton backed the coup. Today, oligarchic rule pauperizes the people. Corruption is rampant. Violence is widespread. Criminals literally get away with murder. Some Hondurans, seeking a better and safer future for themselves and their families join the caravans heading north to the U.S. border. The journey is fraught with peril. Their chances of getting asylum are slim. Others remain behind and resist the tyranny.

Dana Frank is Professor of History Emerita at the University of California, Santa Cruz. She is the author of Bananeras: Women Transforming the Banana Unions of Latin America and The Long Honduran Night: Resistance, Terror &amp; U.S. Policy in the Aftermath of the Coup. Her articles about human rights and U.S. policy in Honduras have appeared in The Nation, the New York Times, the Miami Herald, and many other publications. She has testified before both the U.S. Congress and the Canadian Parliament.