Ruth Wilson Gilmore: Toward the Abolition of Incarceration on Alternative Radio – Sunday at 10am 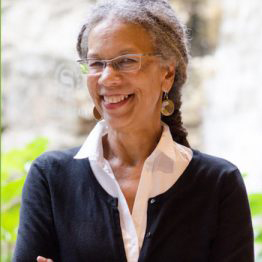 The U.S. is Number One. America is first in the world in having 2.3 million people behind bars. They are held in state prisons, federal prisons, county jails, juvenile correctional facilities and other lockups. The prison industrial complex costs state and federal governments billions of dollars annually. Every year, over 600,000 people go to prison. Yet mass incarceration has not been a deterrent to crime, nor reduced societal problems of poverty and racism that drive tens of thousands of people to jails and prisons annually. It has even been argued that our penal system actually exacerbates societal problems. The movement for abolition, with its proud history of challenging slavery, should be applied today to the abolition of prisons. Ruth Wilson Gilmore says abolition is not just about closing prisons. She urges us to address the problems that make us "the incarceration nation."

Ruth Wilson Gilmore is director of the Center for Place, Culture, and Politics and a professor of geography at the City University of New York. She is the author of Golden Gulag: Prisons, Surplus, Crisis, and Opposition in Globalizing California. The American Sociological Society honored her with its Angela Davis Award.