Paul Street: The Anti-Democratic U.S. Constitution on Alternative Radio – Sunday at 10am 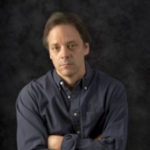 The title of this program may come as a surprise to some. The Constitution is considered by many in the United States as a sacred document. Its framers are venerated as demi-gods. The Founders, white men, slave owners and holding property shaped a document that would codify and entrench their class power and privilege. It was crafted to benefit the few at the expense of the many. The delegates in Philadelphia in 1787 made sure that the interests of the wealthy were secured and that democracy, rule of the people, was constrained and limited. “The property less multitude,” which James Madison recognized as “the majority faction” was a “danger” to be contained.  The “unequal distribution of property” was a political powder keg for the framers hence the need to maintain “the spirit and form of popular government” with only a minimum of substance.

Paul Street is an independent social critic, commentator and award-winning journalist. He is the author of many books including The Empire’s New Clothes and They Rule: The 1% v. Democracy. His articles appear in Truthdig, Z and CounterPunch.