Nader Hashemi: The Slide to War with Iran on Alternative Radio – Sunday at 10am 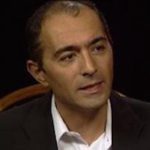 The U.S. and Iran are on a collision course. The name-calling and saber rattling are ominous. The New York Times headline reads: “Iran Calls U.S. ‘Desperate and Confused.’ Trump vows ‘Obliteration.’” Is Iran going to commit suicide by attacking the world’s most lethal military? Washington is exerting what it calls “maximum pressure” on Iran and on anyone who wants to do business with that country. For most Iranians the punitive sanctions the U.S. has imposed are a form of warfare, albeit the economic kind. The Iran nuclear deal was working just fine according to the UN when Washington unilaterally abandoned it thus triggering the current crisis and the slide to war. The attitude emanating from Washington is more like that of a bully: You do what I tell you or else. Respectful dialogue is what is needed, not hectoring and badgering.

Nader Hashemi is Director of the Center for Middle East Studies and teaches Middle East and Islamic politics at the Korbel School of International Studies at the University of Denver. He is the author of Islam, Secularism and Liberal Democracy and co-editor of The People Reloaded, The Syria Dilemma and Sectarianization: Mapping the New Politics of the Middle East.