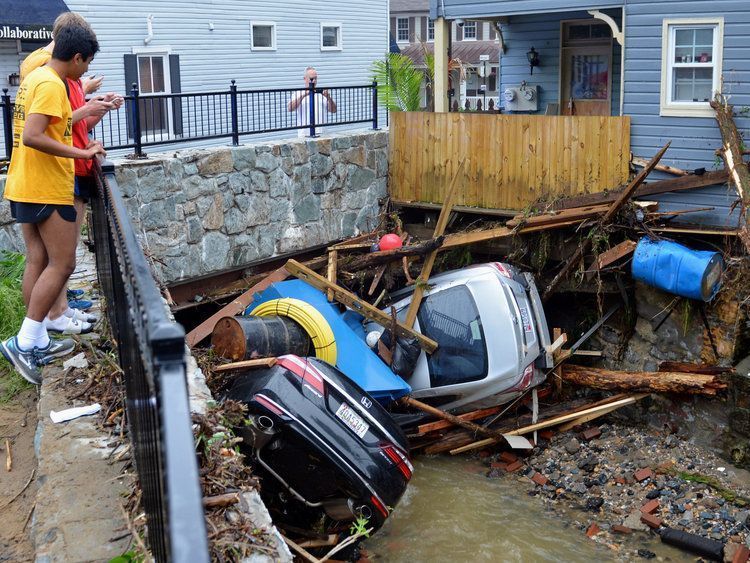 In 2016, a flash flood killed two people and destroyed Main Street in a small Maryland town. The community rebuilt, and then ANOTHER flood hit. We look at the new normal that climate change is bringing to communities across the country on the next All Things Considered from NPR News.

(Photo: Debris and cars clog the Patapsco River in Ellicott City, Md., after flooding on May 27, 2018 that killed one person and destroyed much of the town's Main Street - David McFadden/AP/via NPR)