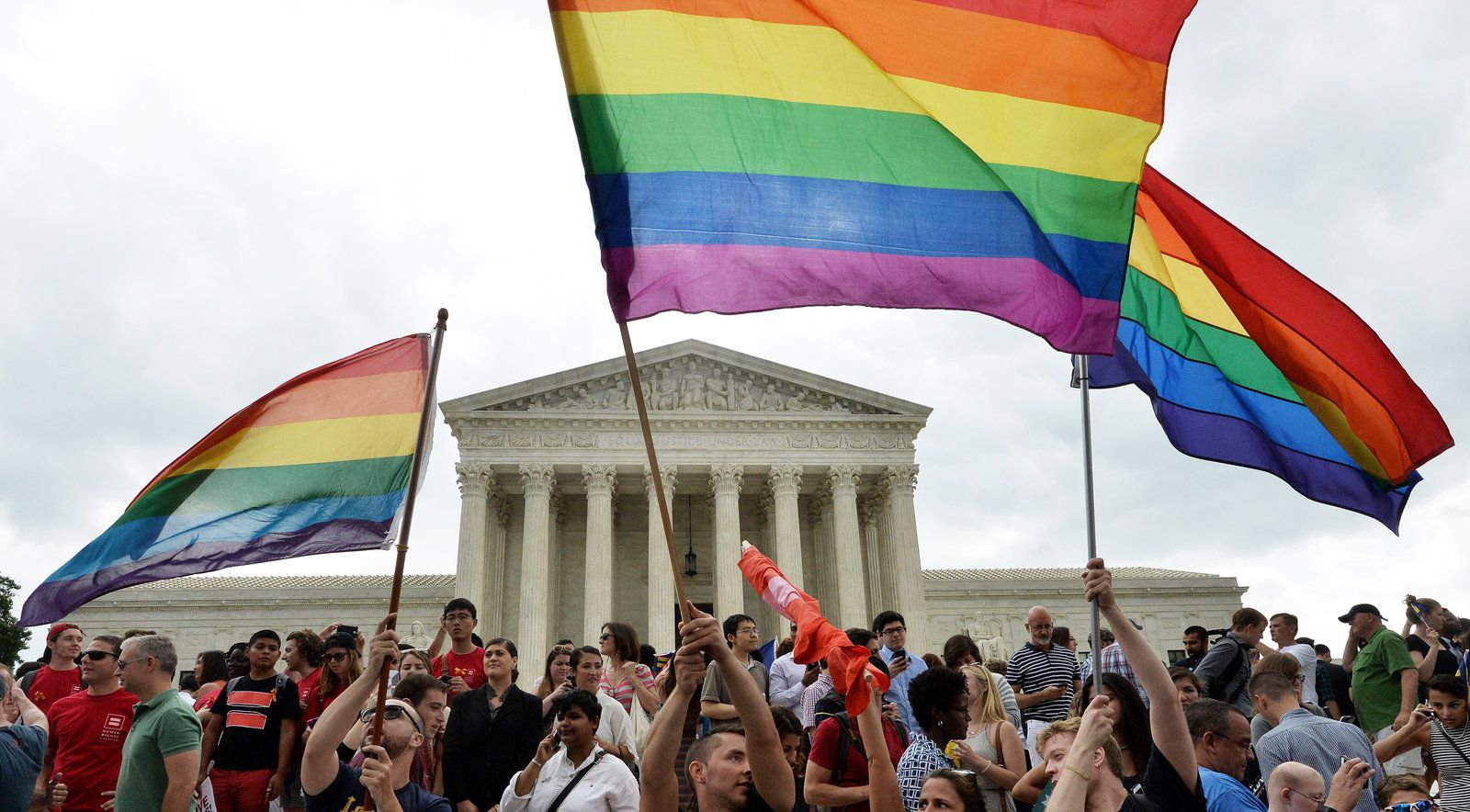 LGBTQ activists say when it comes to their civil rights, there's a feeling of "whiplash" going from President Obama to President Trump. That story on All Things Considered from NPR News.

(Photo: People celebrate outside the Supreme Court in Washington on June 26, 2015, after its historic decision on gay marriage - Mladen Antonov/AFP/Getty Images/via NPR)