Should Federal Border Agents be Arresting Protestors in Portland, Oregon? Join us for All Things Considered – Thursday at 5pm 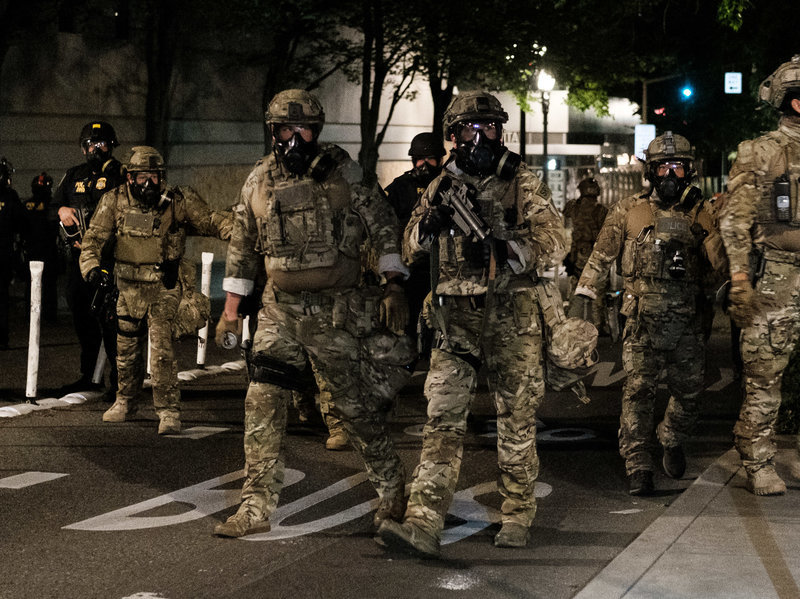 Some former homeland security officials believe President Trump is wrong to use federal border agents to arrest urban protestors in Portland, Oregon. That story on the next All Things Considered from NPR News.

(Photo: Federal officers prepare to disperse the crowd of protesters outside the Multnomah County Justice Center on July 17 in Portland, OR. -  Mason Trinca/Getty Images/Via NPR)