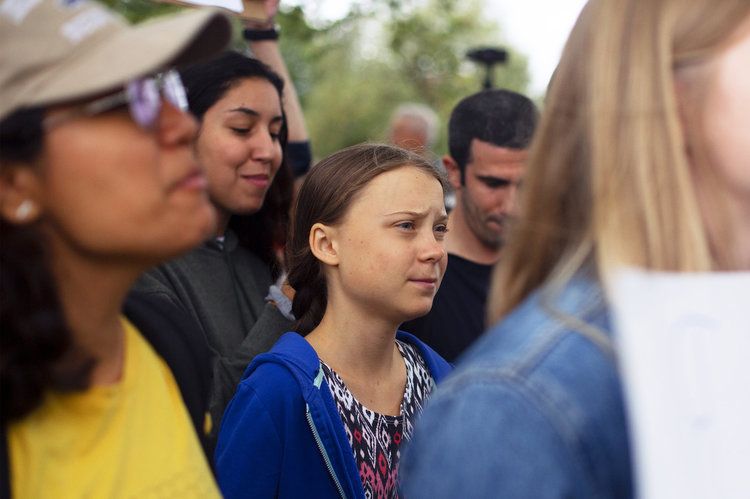 Swedish teenager Greta Thunberg wanted more to be done about climate change. Millions around the world are expected to join her in a climate strike today. That story on the next All Things Considered from NPR News.

(Photo: Swedish activist Greta Thunberg, 16, attends a protest outside the White House on Friday. She launched the Friday school strikes last year, and since then, her fame has steadily grown. She is known for speaking in clear and powerful terms about why people, particularly young people, must pay attention to Earth's climate - Mhari Shaw/NPR)