Should the Organizers of the Deadly Charlottesville Rally Also Face Punishment? All Things Considered - Tuesday at 5pm 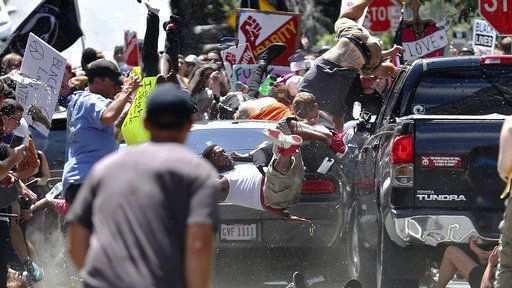 The man who killed Heather Heyer at the 2017 Charlottesville rally is going to prison for life. Now activists hope to punish those who organized the rally on the next All Things Considered from NPR News.

(Photo: People fly into the air as a vehicle drives into a group of protesters demonstrating against white nationalists in Charlottesville, Va. on Aug. 12, 2017. Kelly won a Pulitzer Prize for the image - Ryan M. Kelly/The Daily Progress via AP/NPR)