One Christian Aid Worker Says the U.S. Needs to Do More to Help Refugees – Morning Edition Begins at Friday at 6am 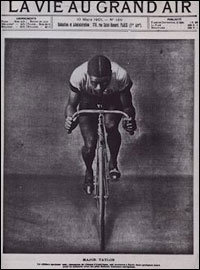 Donald Trump sought the votes of evangelical Christians during his presidential campaign. One Evangelical Christian aid worker who helps resettle refugees says the United States needs to do more. And we'll also have the story of a black athlete who helped integrate the sport of cycling, and who was an inspiration for the boxer Jack Johnson. That and more on the next Morning Edition from NPR News.

(Photo: Ill-treated in the United States, Major Taylor was recognized in the French sporting press as a racing hero - Major Taylor Association)