Some Bonnie Raitt from 1973, and More Current Shawn Colvin Stuff on Strange Currency – Friday at 8pm 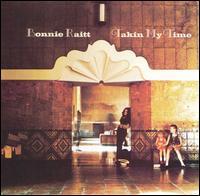 Released in 1973, Takin’ My Time was Bonnie Raitt’s third album and featured her take on songs written by artists as diverse as Mississippi Fred McDowell and Randy Newman. We’ll hear songs from that collection and from Shawn Colvin’s 2015 effort, Uncovered.