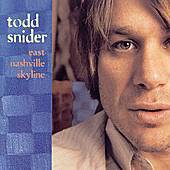 Released in 2014, East Nashville Skyline remains one of the most beloved recordings in singer-songwriter Todd Snider’s discography. We’ll hear music from that release, newly issued on vinyl, as well as songs from Bob Dylan’s Nashville Skyline.