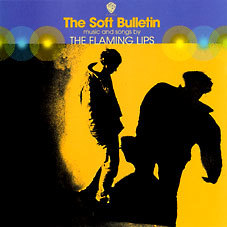 Released in 1999, The Soft Bulletin catapulted Oklahoma’s Flaming Lips from cult status to almost-mainstream status. Informed by classic progressive rock albums of the 1970s as well as by the loss of vocalist Wayne Coyne’s father (and other personal tragedies), the album may be the group’s most beloved release. Listen for selections from it as well as music from The Claypool Lennon Delirium.

Strange Currency can be heard Fridays at 8:00 pm on KRCB-FM / streaming @ norcalpublicmedia.org / Listen on the FREE KRCB Mobile App which you can download from the App Store & Google Play