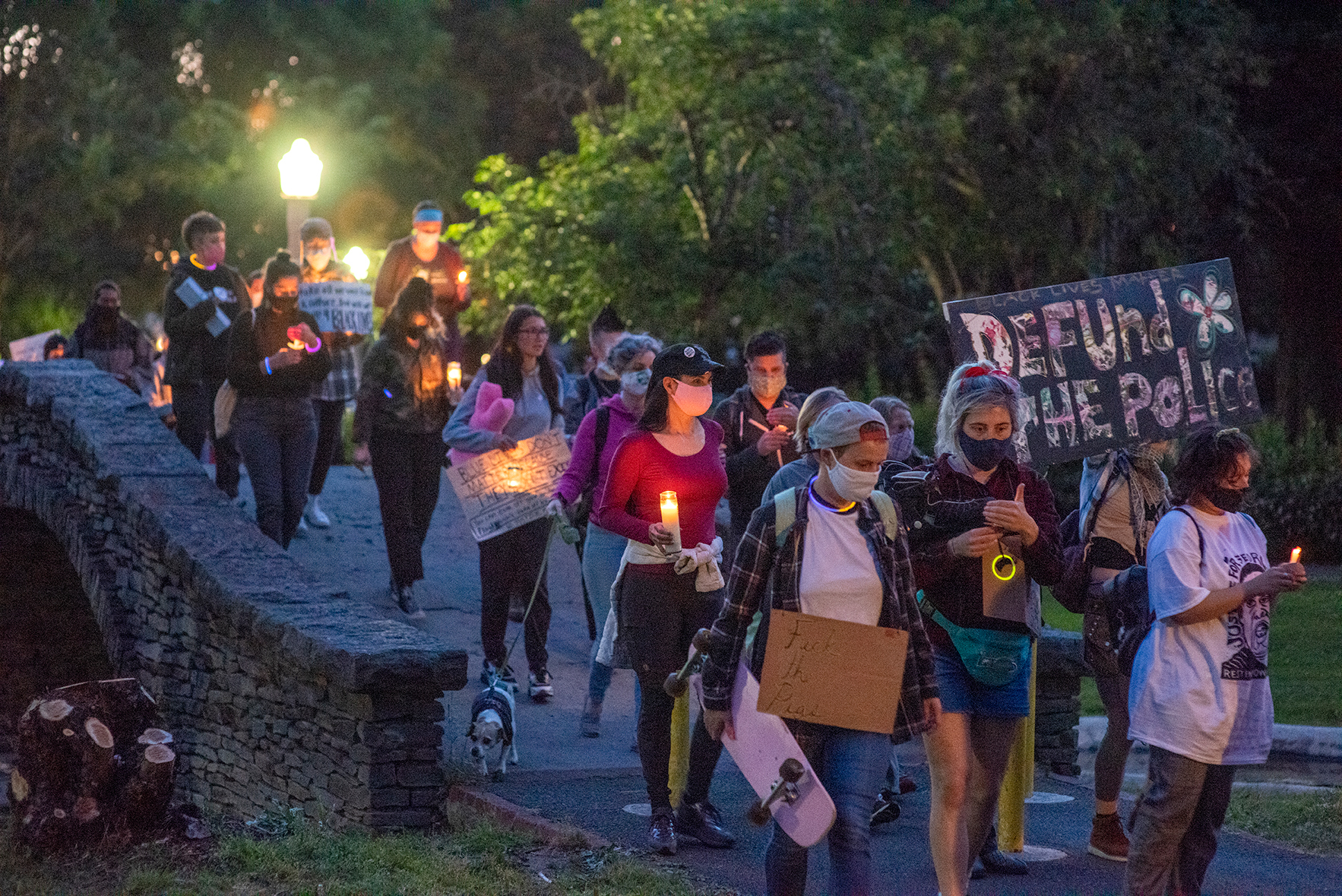 Black Lives Matters protests have continued in Sonoma County and across the nation since George Floyd was murdered by a Minneapolis police officer on Memorial Day. On Saturday night, more than 100 people camped in Santa Rosa's Old Courthouse Square demanding policy changes. Defunding the city’s police department is one example. The City of Santa Rosa’s budget shows a proposed increase in funding for the police and will be discussed at the Santa Rosa City Council meeting over zoom Tuesday, June 23 starting at 4 p.m.

Members of the public can participate in the upcoming budget hearing on ZOOM at https://srcity-org.zoom.us/J/97646884048. Learn more about the upcoming budget proposal in our previous North Bay Report episode, "Santa Rosa's Draft Budget Shows An Increase In Funding For The Police Department."

Defunding police departments is one of many reforms protesters nationwide are calling for. Protesters are also demanding reparations to compensate the country’s formerly enslaved people. James Morrison of Duke University’s Ways and Means Podcast explains what a U.S. policy of reparations might look like.

(Image: Protesters attend a candlelight vigil in Santa Rosa. This image is part of a photo essay published by Diane Askew.