Is Now the Time to Bring Back Affirmative Action in California? 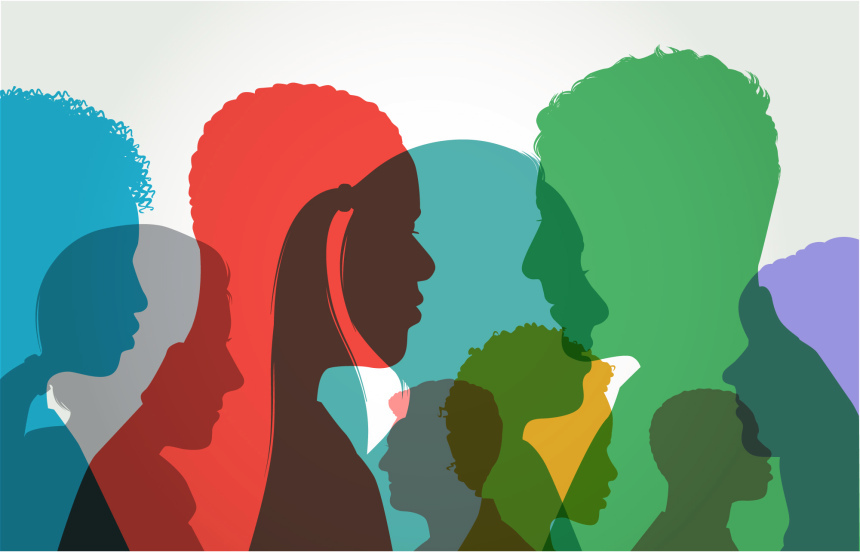 Depending on your viewpoint, now is either exactly the right time or precisely the wrong time to take up a proposed change to the state constitution that seems certain to reignite a heated debate about race and justice in California.

At issue: a measure pending in the Legislature that seeks to reinstate affirmative action policies jettisoned by California voters two decades ago.

For supporters, events of the past week— city streets across the country filled with peaceful protesters and then scattered window smashing, thefts from store shelves and a few incidents of violence — show just how necessary it is to aggressively advance racial equity by fiat.

(Image: California lawmakers are revisiting whether to restore affirmative action policies for public schools and universities, as well as state jobs and contracts. Image via iStock)

Recent headlines “are forcing us to recognize that we are not beyond race as a country or as a state,” said Audrey Dow, vice president of The Campaign for College Opportunity, a Los Angeles nonprofit that advocates for more expansive access to higher education in California. “We have not achieved the nirvana of being color blind. Race matters.”

Opponents include a politically organized contingent of Chinese American Californians and Ward Connerly, a former University of California Regent who campaigned to ban state affirmative action programs in the mid-1990s. They argue that allowing schools and state agencies to take race into account when making admission and hiring decisions is its own kind of injustice.

“God knows we’ve got enough things in this nation that Democrats and Republicans argue about,” he said. “Certainly there should be some value that we hold to be dear and not fight over, like whether all citizens should be treated equally.”

In 1996, just four years after the last time the National Guard was deployed to Los Angeles to put down unrest in response to police violence, California voters passed Proposition 209, a constitutional amendment to ban affirmative action at state institutions.

The measure prohibits California’s state colleges and universities from taking into account the race, ethnicity, gender or national origin of would-be students in the admissions process. It also prevents state agencies from using such criteria in its hiring decisions or when awarding contracts for goods and services.

The Legislature can’t undo Prop. 209 on its own. Democratic Assemblywoman Shirley Weber of San Diego introduced Assembly Constitutional Amendment 5— a measure that, if passed by two-thirds of both the Assembly and Senate, will go before the voters on the November ballot.

A repeal of Prop. 209 would not mandate that state schools and agencies adopt affirmative action programs. But it would allow them to create employment or admission programs that explicitly take the race, gender or national origin of an applicant into account.

For some moderates and even some conservatives in Sacramento, the fact that the measure will present the question to voters rather than providing an answer unilaterally has been a vital distinction. In the Public Employment and Retirement committee earlier this month, Republican Assemblyman Randy Voepel, not known as a moderate, voted to pass it out of committee.

Prop. 209, he noted, had been passed by voters one “biblical generation” ago.

“This has got to go before the people of California of this generation,” he said, noting he had not yet decided how he would vote if the proposed constitutional amendment comes before the entire Assembly.

That will have to happen soon. Legislators have until June 25 to pass all potential ballot measures through both chambers. Repealing the affirmative action ban would be a heavy political lift even if the state’s extended shelter-in-place order hadn’t shortened the legislative calendar. It’s also made the in-person schmoozing that whipping votes often requires nearly impossible.

“I can’t get in their face and whisper in their ear, ‘You know you need to help me,’” Weber told Voice of San Diego.

Earlier this year, Assembly Speaker Anthony Rendon refused to endorse the effort. Though he said he supports the eventual repeal of Prop. 209, “if we are going to get something on the ballot, get it passed in November, from a political standpoint, it almost seems too late,” he told CalMatters. And that was in January, before the pandemic.

But with Weber’s proposal set to go today before the Assembly Appropriations Committee, chaired by San Diego Assemblywoman Lorena Gonzalez, a co-author, Connerly unhappily thinks the odds are in the measure’s favor.

“I will not be surprised if it passes the committee, the Assembly, the Senate,” he said.

In 1998, the year Prop. 209’s affirmative action ban kicked in, admission rates for black and Latino students across the University of California system dropped 10 percentage points for black students and 7 percentage points for Latino students compared to the previous year, according to admissions data. The numbers were much larger at the most competitive schools within the system — UC Berkeley and UCLA. A study commissioned by the UC Office of the President estimated that the system-wide affirmative action program that was in effect prior to 1998 increased the number of Latino, black and Native American students systemwide by 12%.

“The universities never recovered from 209 in terms of access for students of color,” said Gary Orfield, co-director of the Civil Rights Project at UCLA’s Graduate School of Education. “And there hasn’t been much progress across the state in diversifying faculties.”

Latinos, for example, make up 6% of professors and lecturers across the UC system.

Supporters of affirmative action argue that “race blind” admission policies that select applicants based on purportedly objective metrics like SAT scores or recommendation letters only reenforce existing inequalities. Such systems award coveted enrollment slots or jobs to those who can afford expansive test prep courses or who live in rarified social circles, the argument goes. Trying to bridge those racial chasms indirectly by using non-racial criteria like where an applicant lives or their family’s household income is tantamount to “willful ignorance” of the underlying issue, said Vincent Pan, executive director of Chinese for Affirmative Action, a nonprofit headquartered in San Francisco’s Chinatown.

This is not the first legislative broadside against Prop. 209. In 2013 former Sen. Ed Hernandez introduced a similar repeal, applying only to public schools. That passed the state Senate on a party-line vote, but then faced fierce opposition from a coalition led by Chinese American social justice organizations. Their argument: Affirmative action policies in higher education would discriminate against Asian American applicants.

After a massive call-in, letter writing and capital lobbying campaign from opponents, Assembly Democrats refused to even put the measure up for a vote.

“We would never support a policy that we believed would negatively impact our children,” Assemblymembers Ted Lieu, Carol Liu, and Leland Yee — all Democrats — wrote at the time. The Wall Street Journal’s conservative editorial board referred to the campaign as “California’s Asian Spring.”

Opponents of Weber’s ACA 5 are counting on another wave of public pushback.

Wenyuan Wu, administrative director for the Asian American Coalition for Education, a national nonprofit, said so far there has been significantly more coverage of the issue in California’s Chinese-language press than in English-language outlets. Advocates, she said, have been organizing on WeChat, the Chinese messaging and social media app.

Yukong Zhao, president of the coalition, is a Republican candidate for Congress in Florida.

The reason that Chinese American Californias are among the most vocal opponents is obvious, Wu said.

Under any affirmative action system, “when a particular group of students are deemed as overrepresented,” she said, ”they stand to lose, they stand to be hurt by these kinds of admission practices.”

“Granted, there are inequities and structural issues that are rooted in deeper causes like unequal K-12 public education and deeper socioeconomic disparities,” said Wu. “But I don’t think ACA 5 is the issue. And in this case, I think the medicine might be worse than the disease.”

A national survey of Asian Americans in 2016 found that a majority of respondents supported affirmative action programs “designed to increase the number of black and minority students on college campuses,” compared to 32% who did not. Of the six national origin groups surveyed — Indian, Chinese, Filipino, Japanese, Korean and Vietnamese — only a majority of Chinese-American respondents opposed the policy.

“We know that there is some intense mobilization in some parts of the Chinese community but we try hard to help explain that actually the Asian American community is quite diverse,” said Pan of Chinese for Affirmative Action. Pan is also the co-chair of Opportunity for All, an umbrella advocacy group pushing to repeal Prop. 209.

He said that much of the opposition to Hernandez’s bill in 2013 came from relatively new immigrants, many of whom, he said, were misinformed about what the bill would actually do in a “cynical attempt by oftentimes white conservatives to exploit those concerns and direct them against race-conscious and gender-conscious policies.”

For decades, the U.S. Supreme Court has upheld the constitutionality of affirmative action programs, but on increasingly narrow grounds. Specific race or gender quotas were ruled unconstitutional in 1978. But the court held that schools may consider race as one of many factors when evaluating an applicant.

“Considerable deference is owed to a university in defining those intangible characteristics, like student body diversity, that are central to its identity and educational mission,” Justice Anthony Kennedy wrote in a high-profile affirmative action case in 2016.

But Kennedy is no longer on the nation’s highest court, and the bench has swung decidedly to the right. Chief Justice John Roberts, the court’s ideological center and frequent swing vote, has in the past taken a dim view of racially explicit policy.

The court is likely to take up the issue of affirmative action in higher education again soon.

Students for Fair Admissions, a nonprofit run by conservative litigant and activist Edward Blum, sued Harvard arguing that its race-conscious admission policy represents “intentional discrimination against Asian Americans.” That case is awaiting a decision by a federal appellate court, but both sides have vowed to take the fight to the Supreme Court.

Whatever the high court does, Pan said that repealing California’s ban on affirmative action is still worthwhile.