This article is a translated, partial summary of  KBBF’s 30-minute special. Listen to the complete version in Spanish below. 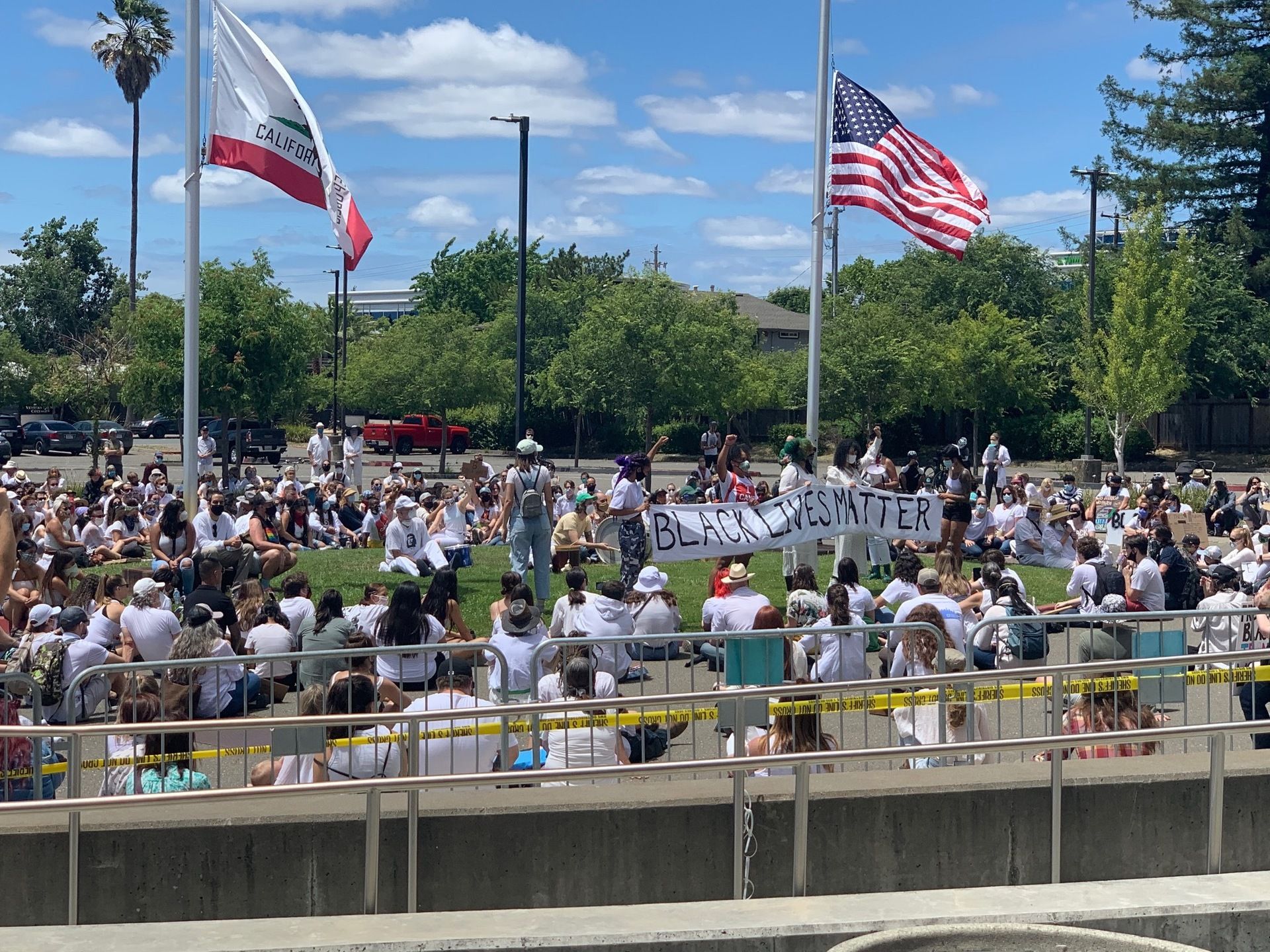 In this thirty-minute special, KBBF’s Edgar Avila speaks with Sonoma County residents about racism in our community and the Black Lives Matter movement. Guests appear in the following order:

Isabel Lopez, Founder of Raizes Collective, a local nonprofit focused on empowering the community through the arts

At the start of this special, host Edgar Avila asked guests to describe how they felt as they watched the video of George Floyd’s murder. The video shows a white Minneapolis Police Officer pressing his knee into Floyd’s neck, pinning him to the ground for 8 minutes and 46 seconds until he died. Floyd called out to his deceased mother as he lay dying, repeating that he could not breathe.

“As soon as I saw the video I instantly started to cry,” responded Nichole Pyles. Pyles is a co-president of the Santa Rosa Junior College Black Student Union. Pyles said that at first, all she wanted to do was scream. Instead, she got in touch with her co-president and began to make a plan about what could be done in Sonoma County.

“In that moment, I wanted to feel something,” Michael Doms told Avila. Doms is co-president of the Black Student Union with Pyles. Doms said that after seeing so many of these videos, many feel paralyzed and begin to grow numb to the violence.

Doms recalled that when he first attended the Black Lives Matter protests, the space was far too white and Black voices weren’t being heard. The only speakers he heard were white.

Eduardo Osario Juarez, A local resident from Oaxaca, Mexico, said when he saw the video he thought, ‘what are people in Sonoma County going to do.’ He also thought about the need to listen to and support the Black community. “Black people should be leading this movement,” he told Avila.

Stefan Bradley,  Professor of African American Studies at Loyola Marymount University in Los Angeles, explained that white people should be accomplices and not leaders in this movement. He told Avila, “Black people have to be in the lead of this, otherwise it will never count.”

Michael Ezra, is a Professor of American Multicultural Studies at Sonoma State University. Ezra, who is white, explained that unlike the Black Power Movement of the ’60s and ’70s, the Black Lives Matters message has gained more white supporters. The video of Floyd’s murder shows that Black lives don’t matter to many people in power who feel that Black people can be murdered with impunity. Ezra believes that the Black Lives Matters movement is monumental, in part, because it has gained support from a more diverse population.

Professor Stefan Bradley agrees that the current iteration of Black Lives Matter is more diverse than previous movements. In Ferguson, for example, there were not many white people protesting. Bradley also described that a confluence of events helped launch the current Black Lives Matters movement. He compared the movement to the ‘60s when the Vietnam war, the assassination of Martin Luther King, and other historical events, inspired mass action.

In 2020, the COVID-19 epidemic has exposed deep institutional racism, as the virus disproportionately ravages communities of color. At the same time, graphic videos of Black people being murdered by police officers are being released to the public. People can no longer choose to ignore deep-seated racism in our nation. Bradley told Avila, “This confluence of things led to creating fuel for this spark, and I think that George Floyd’s death, peace be upon him, was the spark.”

Police responded to many of the protests with violence. According to an analysis by the New York Times, Santa Rosa was one of 98 cities in the United States that used tear gas on protesters.

Isabel Lopez, the founder of Raizes Collective, said the media portrayed the protesters as violent and highlighted damages to businesses in its coverage. For her, it was the police who brought violence to otherwise peaceful protests. She told Avila that property can be replaced while lives cannot.

During the protests, many downtown Santa Rosa business owners boarded up their windows to protect merchandise. Rather than board up their windows, the owners of the ice cream parlor, Noble Folk, expressed solidarity with protesters. Osvaldo Jimenez, one of the owners, posted a statement on Facebook explaining that the protests are the result of hundreds of years of systemic oppression and racism.

Michael Ezra told Avila that cell phone videos of protests show that many of the protesters vandalizing property are white. He told Avila that these protesters don’t have a lot of experience going to marches. They also do not have an understanding of the consequences of what will happen if things go poorly.

“I’ve seen videos of protesters of color, Black protesters, stopping white protesters -- either white supremacists on the right or pro-Black Lives Matter protesters on the left -- from committing property damage.” He said.

Within a few weeks of these protests, counties across the United States, including Sonoma County, promised to make a change. In Minneapolis, where Floyd was murdered, the municipal government agreed to dismantle the city's police department. In Sonoma County, as in others, law enforcement has agreed to adopt reforms to reduce violence.

Nichole Pyles told Avila that she feels as though this is a start, but she wants to see actions that support these promises.

Michael Doms said these promises aren’t sufficient and made his own promise, that the protests won’t stop until there is justice.