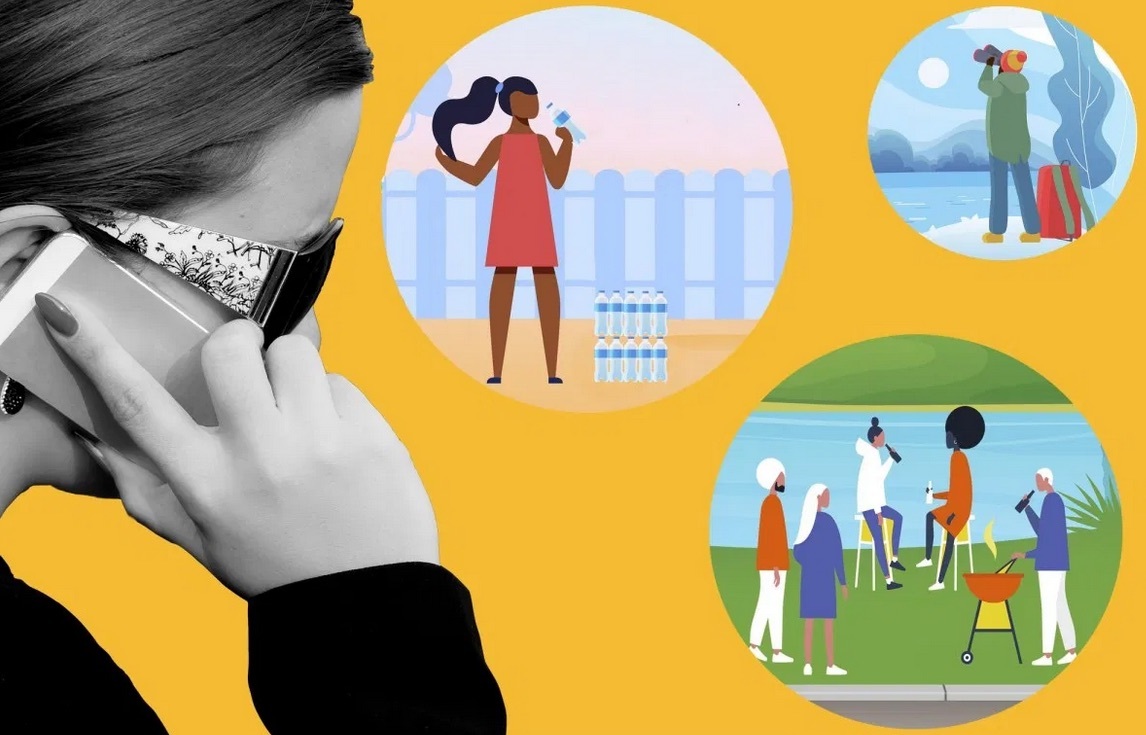 Now, as racial tensions continue to flare as the nation protests the death of George Floyd and others, a California lawmaker plans to introduce legislation that would make discriminatory 911 calls a hate crime, joining a handful of states in pushing to criminalize emergency calls. Three states — New York, Oregon and Washington — have recently enacted new laws.

(A California proposal could make racially motivated 911 calls a hate crime. Illustration by Anne Wernikoff for CalMatters; elements via iStock)

He said calling the police when no crime has occurred can be “incredibly dangerous” for victims since officers have wide latitude to detain people in ways that can quickly escalate. The bill, however, isn’t in print yet. Bonta says he is still formulating the circumstances in which Californians may be punished for bias.

Similar instances of racially motivated 911 calls have occurred across the country. In May, a white woman walking her dog in Central Park called the police on a Black birdwatcher after he asked her to leash her dog.

“I’m going to tell them there’s an African American man threatening my life,” said Amy Cooper, the dog walker, during the recorded incident. The governor of New York signed legislation making these types of 911 calls a crime.

In California, making a false police call is a misdemeanor with a $1,000 fine and up to a year in county jail. But there are currently no other protections for those on the receiving end of a racially motivated police call.

In 2017, there were 28.1 million calls to 911 in California, the Orange County Register reported. And the Los Angeles area handled 8.5 million calls that year alone. The California Highway Patrol is largely responsible for 911 calls made on cell phones and often directs emergency calls to the appropriate authorities. Who would be responsible for tracking these types of calls remains unclear. As demands to “defund the police” continue to grow, questions remain about a larger police role. The California Police Chiefs Association had no comment on Bonta’s proposal.

For an instance to qualify as a hate crime, there has to be proof that the victim was targeted because they belonged to a protected group. Bonta said proving these calls are hate crimes “can definitely be a challenge.” He pointed to the Central Park incident as an obvious example of a racially motivated call.

“She knew exactly what she was doing,” Bonta said. “He was not harassing her. She was calling based on race.”

In fact, some of the most progressive parts of California are where obvious cases of racial prejudice appear. In the Bay Area, a man identified as Mali Watkins was detained by police officers in May after the police received a call about someone dancing in the street. Body camera footage of the arrest shows an officer calling Watkins’ movements Jazzercise.

“It looks like you were dancing. I was watching you for a little bit, it’s like Jazzercise type of thing,” an officer says in the footage.

Bonta says, if anything, a bill is needed to acknowledge this behavior is unacceptable and harms people. “They’re incidents where police do not need to be called,” he said.

Even if the state doesn’t act, local jurisdictions are moving toward change. Los Angeles and San Francisco are calling for legislation based on racial prejudice. In Santa Clara County, some local officials want racism to be declared a public health crisis.

For Californians on the receiving end of racist 911 calls, it can be difficult to sue.

“It’s hard to get damages,” said Laura Gómez, a UCLA law professor. “It’s hard to find a lawyer willing to take that case because there’s not going to be a lot of money to recover.”

Though there have been exceptions, including one in Los Angeles. In 2014, Los Angeles County Superior Court Judge David S. Cunningham settled with UCLA after Cunningham alleged mistreatment and racial profiling by campus police. UCLA agreed to pay $500,000, though Cunningham originally filed a $10 million claim.

And, after an arrest in 2015 by the New York Police Department, Thabo Sefolosha, an NBA basketball player, settled with the department for $4 million. Sefolosha said the police caused injuries while he was arrested including a fractured fibula and ligament damage.

Still, access remains an issue for many Californians. Bonta said his bill would give victims of the 911 calls more legal options. He added there must be consequences for people who make the racially motivated 911 calls.

“We’re not going to tolerate these acts,” he said.