A Decade of Oil: From Deepwater Horizon to Deflation on Climate One – Sunday at 8am 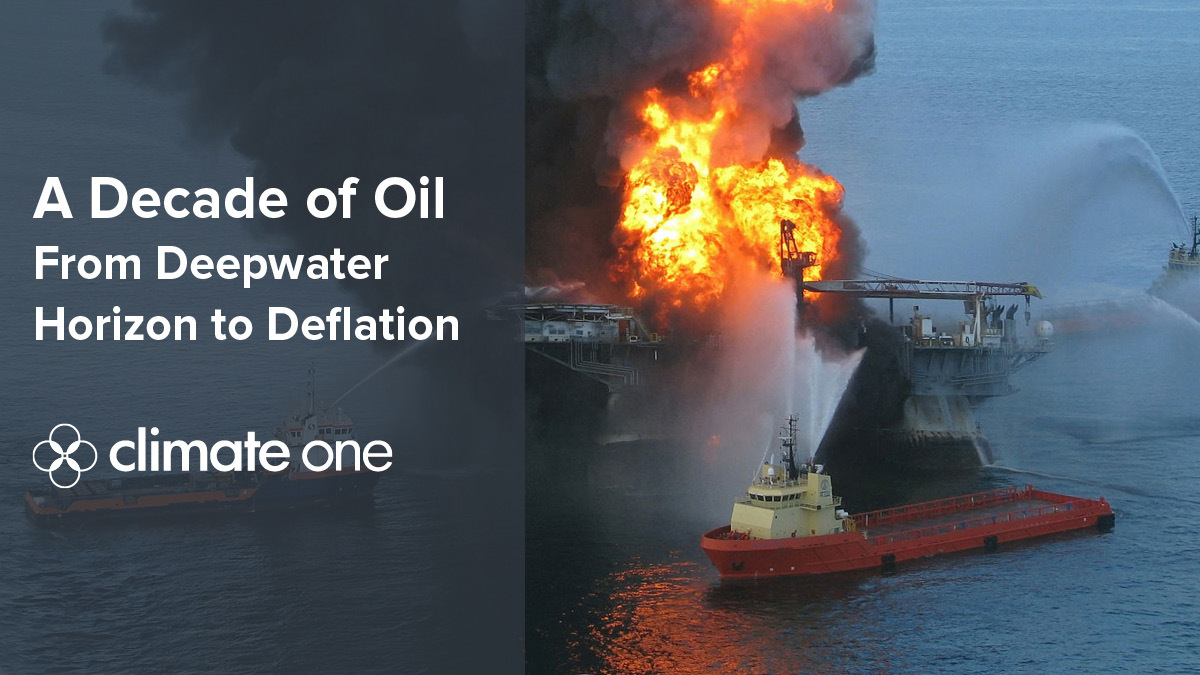 America’s latest oil boom began with a bang, literally, on Earth Day, 2010. That’s when an offshore oil rig owned by BP exploded, killing eleven workers and spilling nearly five million barrels of oil into the Gulf of Mexico. Tragic as it was, that 2010 event coincided with the start of a decade-long oil boom. Today, the U.S. leads the world in oil production, surpassing both Russia and Saudi Arabia. But it hasn’t all been good news for the fossil fuel industry. A gradual global move away from coal and oil are threatening their bottom line. What’s next in the industry’s uncertain future? How will the collapse of oil prices impact gradual efforts to shift away from fossil fuels?